Tickets this year cost $159.00 for a general admission weekend ticket, while a Saturday ticket costs just $85.00. If you're 21 and over you're eligible for a VIP ticket which costs a hefty $270.00 or $135.00 for the Saturday. But don't forget that all tickets are subject to an additional service fee! Justice are sure to impress at the 2013 event!

Duck Sauce - It's You Video 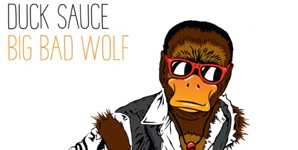