Dua Lipa's upcoming album will show 'another side' to her

Dua Lipa's upcoming album will show ''another side'' to her personality. 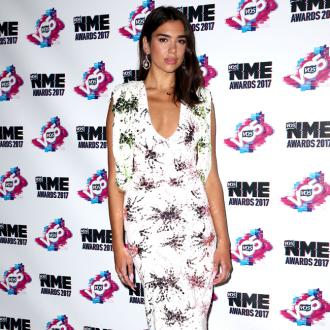 Dua Lipa's upcoming album will show ''another side'' to her personality.

The 21-year-old musician is set to release her self-titled LP this year, and the brunette beauty is looking forward to launching her album and revealing more of her characteristics than has previously been shown.

Speaking to NME about her forthcoming compilation, the brunette beauty said: ''Once the album comes out, I think people will see another side of me. I originally released the songs 'Room For 2' and 'Thinking 'Bout You' just to show how diverse the album is in terms of collaboration.''

And the 'Hotter Than Hell' hitmaker has teased she has a ''few surprises'' up her sleeve for her 'Dua Lipa' album.

She added: ''We may have a few surprises, it's going to be really exciting.''

Dua has revealed she has taken a ''step away from the pop stuff'' with the pending release, and has included ''really heartfelt'' and ''very very personal'' tracks.

She explained: ''I think there's a real singer-songwriter [vibe] where I take a step away from the pop stuff. I mean, what really is pop? It's kinda hard to put yourself in a genre. There are some really heartfelt songs. They're very, very personal.''