Drew Barrymore got tipsy when she appeared on Alan Carr's 'Chatty Man'. 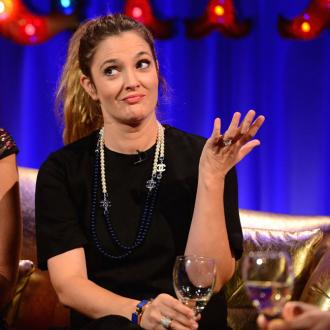 Drew Barrymore got tipsy on a British chat show.

The 40-year-old actress was promoting her new movie 'Miss You Already' with co-star Toni Collette on Alan Carr's 'Chatty Man' and admitted that she was feeling slightly drunk thanks to the free booze provided by the host.

She said: ''Can I just say I have never left a talk show tipsy! This is a first. I am not kidding, you are changing my view of what it is to be on a talk show.''

Drew added that she had been offered a drink while appearing on Jay Leno's chat show but always turned it down as she was afraid he would laugh at her because he didn't drink.

She said: ''Like Jay Leno used to have what he would call the 'Jay-cart' and he would wheel it around for a drink beforehand to loosen people up and ironically he didn't drink, I don't believe.

''Yeah I always felt weird but what if I get out there and I'm [drunk]. Is he going to judge me? But I liked that he wanted to loosen people up but I never accepted the drink.''

Drew also revealed that Toni emailed Michael Stipe personally to ask if they could use his song in their new movie.

The R.E.M. song 'Losing My Religion' features in the film, which tells the story of how two friends cope when one gets cancer, and Toni, 42, asked Michael if he would let them use the tune because their budget wouldn't stretch to pay for it.

Drew said: ''Toni emailed Michael Stipe to get 'Losing My Religion'- the song - and he said take it, literally almost for free.

''It's not often that in films you know when you use a song, it's sometimes like a crazy amount of money that usually, especially, a film in our position could never have afforded. So this was a lofty pipe dream, and had Toni not email Michael for the song we would never have gotten to sing it in the movie.''