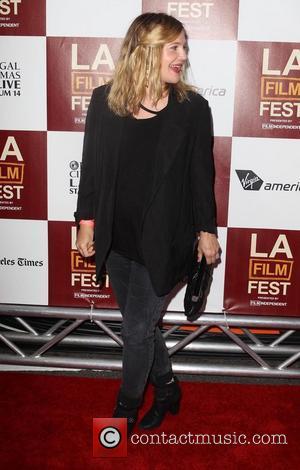 "We are proud to announce the birth of our daughter, Olive Barrymore Kopelman, born September 26th, healthy, happy and welcomed by the whole family," the couple says in a statement. "Thank you for respecting our privacy during this most special time in our lives." Barrymore married art consultant Will Kopelman back in June in a Jewish ceremony at their estate in Montecito, southern California. They began dating back in 2010. Cameron Diaz, Reese Witherspoon, Jim Toth and Jimmy Fallon were among those who attended the ceremony. "Everyone knows the baby's coming, so there wasn't much talk about it," a source revealed about Drew Barrymore’s wedding. "Will said something like, 'I'm excited to marry you. I'm excited to meet the newest member of our family.” It seems as though babies were always on the cards for the couple: "They have been trying to get pregnant," one source shared. "That's why they got engaged . . . They are very happy! She's ready to settle down and be a mom."

Barrymore has come a long way since her cinematic bow in the sci-fi family epic E.T. She has now played myriad roles in films like The Wedding Singer, Scream and Charlie’s Angels, as well as performing voice-acting roles in Family Guy and The Simpsons. And she can now add the role of proud mum to her impressive discography. Kopelman is the son of former Chanel executive Arie Kopelman.