Drew Barrymore felt she ''tarnished'' Gucci's reputation when she wore one of the fashion house's creations on the red carpet because she looked so bad in the green high-necked dress. 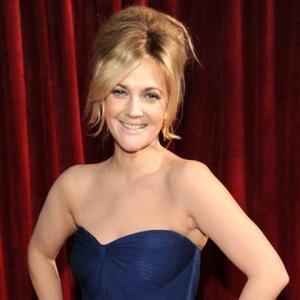 Drew Barrymore felt she "tarnished" Gucci's reputation when she wore one of the fashion house's creations on the red carpet.

The actress donned a high-necked green dress to the 2006 Golden Globes and admits it was a huge fashion faux-pas as it made her breasts look too big and unsupported.

She said: "My worst red carpet moment is the Gucci green dress where my boobs look like watermelons, it's the worst. Never wear a high neck dress with a high belt. It makes your t*ts look like they are at your waist. It was the Golden Globes. I felt so bad. I was like, 'I'm so sorry, Gucci. I have tarnished your name."

Although the 35-year-old star admits to making fashion mistakes in the past, Drew says she's happy with the way she looks and recently vowed never to have plastic surgery.

She said: "F**k surgery! I'm so curious as to what's going to happen naturally that I can't imagine wanting to alter things just yet.

"And to all those women putting botulism in their faces - we don't know what the long-term effects are, so stop! I'd rather look like a basset hound than do that to my face!"