Former child star Drew Barrymore is adamant her daughters won't follow in her footsteps by launching an acting career at a young age, but admitted they can make their own decisions ''when they're 18''. 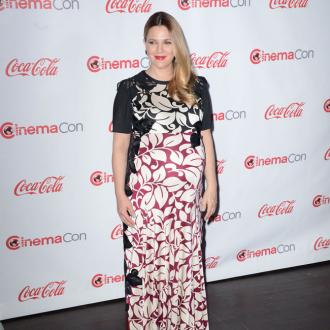 The 'Blended' star got her big break at the age of seven in 'E.T. the Extra-Terrestrial' and while she doesn't want to ''totally shelter'' her daughters Olive, eight months, and one-month-old Frankie, she wants to protect them from certain things.

She told the Mail on Sunday's You magazine: ''I don't like the idea of young girls growing up with social media, because I know how sensitive they are. But there's no going back.

''If you totally shelter your kids, that's not normal, but I don't want mine to have mobile phones until a certain age.

However, Drew is still extremely grateful for her success as a child star and thinks it gave her great stability - although she noted her daughters already have that through the actress and her husband Will Kopelman.

She said: '''E.T.' was the best thing that ever happened to me because it changed the course of my life. I didn't have family and home and structure, so the world of film gave me that framework.

''But it's different for my children. They are going to have everything they need.

''I can't wait to show them 'E.T.' and the 'Charlie's Angels' movies, so they can see girls having fun with each other and being capable, not competitive.''