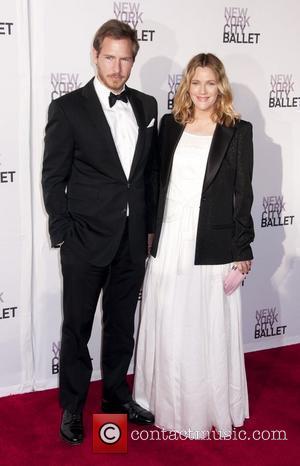 Drew Barrymore will be hoping its third time lucky in the marriage stakes, as she wed art dealer WILL KOPELMAN in a private ceremony held at her home in Montecito, California.

Barrymore, who wanted to be wed before giving birth, married beneath a tent in her garden before 200 family and friends in a Jewish ceremony officiated by the family Rabbi. Kopelman proposed over the Christmas period as the pair drew nearer to their first year together as a couple and news of a burgeoning baby bump were quick to follow the intimate pair - who have remained incredibly silent over personal matters since they got together.

Although low-key, the ceremony was not without its fair share of A-Listers, with Cameron Diaz, REECE WITHERSPOON and her partner JIM TOTH as well as Jimmy Fallon and his wife (and Drew's long time production colleague) Nancy Juvonen.

In regards to her pregnancy, both stars have maintained their vow of silence towards the press although speculation is rife that they will be having a summer-time baby based on how long Drew has been showing when out in public.

The actress/producer was previously married to Jeremy Thomas and Tom Green, with both unions lasting less than a year.