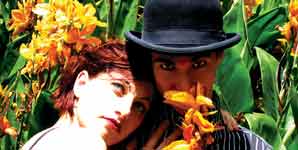 Sing is going to be the first release from the Dresden Dolls new album; 'Yes, Virginia', it will be in stores on April 18th. The Album, produced by Sean Slade and Paul Q. Kolderie (Radiohead, The Pixies, Hole) and recorded over several weeks at Allaire Studios. Songs like "Sex Changes" and "Dirty Business" blast listeners with earsplitting Marshall Stack Power and explore the pathology of identity crisis. Torch cousins "First Orgasm" and "Me & The Minibar" finds Palmer back alone at her piano, delicately unfolding her pained confessions. Viglione solidifies his place in the Drummer Pantheon as he delivers mind-boggling fills and flourishes on fast-and-furious tunes "Modern Moonlight" and "Necessary Evil." On "Mrs. O," a slightly cryptic mid-tempo ballad about the re-writing of history.

The Dolls have not lost their sense of the absurd, however, and the blacker-than-black-humor on "Mandy Goes To Med School" finds Palmer imagining a scenario in which she and drummer/cohort Viglione play a lighthearted and childish game of let's-pretend-we're-back-alley-abortionists. The album's final track, the pastoral and positive first single "Sing," brings it all home as Palmer boldly announces, "Life is no Cabaret/We're inviting you anyway," underlining The Dolls' real-life attempt to invite everyone into their party while maintaining the individuality that has enabled them to be a fixture rather than a fad.

The artwork for Yes, Virginia was culled from over 600 submissions from fans, painters and designers from around the globe. Each panel of the booklet includes original images directly inspired by the songs. Featured is up-and-coming New York painter Barnaby Whitfield, who plays Warhol to the Doll's Velvet Underground, creating beautifully disturbing scenes within the CD booklet reminiscent of post-WWI German Expressionists Otto Dix and Christian Schad. 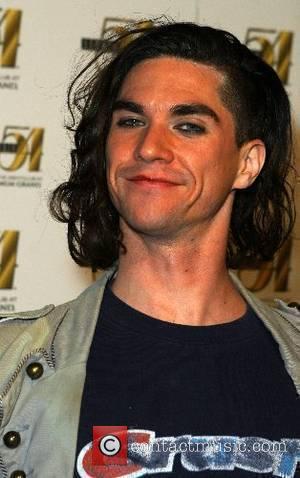