Philip Lewis Friedman is a very successful writer, though not the most likeable of people. He has no shame in bragging and expressing his genius, but his persistent self-involvement starts to put quite a strain on his relationship with girlfriend Ashley. Not only that, but while the people around him are suffocating in his endless egoism, he's also finding the humdrum world of life at home particularly difficult to stomach - even without his romance issues. Soon, though, he is offered some solace when he meets his all-time favourite author Ike Zimmerman who invites him to stay with him at his country retreat and reassess his life, love and career. Will he learn to realise and appreciate the truly important things in his life? And will they even be around anymore once he has?

'Listen Up Philip' is a comedy drama which made its premiere at the 2014 Sundance Film Festival. It has been directed and written by Alex Ross Perry ('The Color Wheel', 'Impolex'), and has already landed several awards at a handful of other film festivals such as Locarno International and Philadelphia Film Festival. It is set to be released in cinemas in the UK on June 5th 2015.

Somali supermodel Iman appeared with her idol and former 70s model turned fashion activist Bethann Hardison at the 2014 Cfda Fashion Awards held at Alice Tully Hall in New York. The latter guest has spent the last decades of her career campaigning over racism on the runway.

'Desperate Housewives' actress Eva Longoria and 'Django Unchained' star Jamie Foxx were among the star arrivals at the Canon Project Imaginat10n Festival in New York. The festival screened ten short films, five of which were projects by five celebrity directors (including those above). 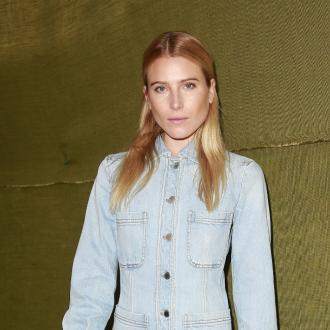 Dree Hemingway is a 'tomboy'