Drake In Favour Of Adele Remix Of 'Hotline Bling'

Adele said in an interview that she'd love to work with Drake on a remix of his hit song - well, it seems as if that might be happening!

Canadian rapper Drake has agreed in principle to work on the remix of his track ‘Hotline Bling’ that Adele suggested earlier this week, saying that he’d “do anything” with her.

The rap hero responded on Wednesday night to the ‘Hello’ singer’s request, and seemed like he was in favour of the idea – he even offered to do chores for her.

The 29 year old told reporters in Toronto: “I'd do anything with Adele. I'd literally go to Adele's house right now and do laundry for her.” 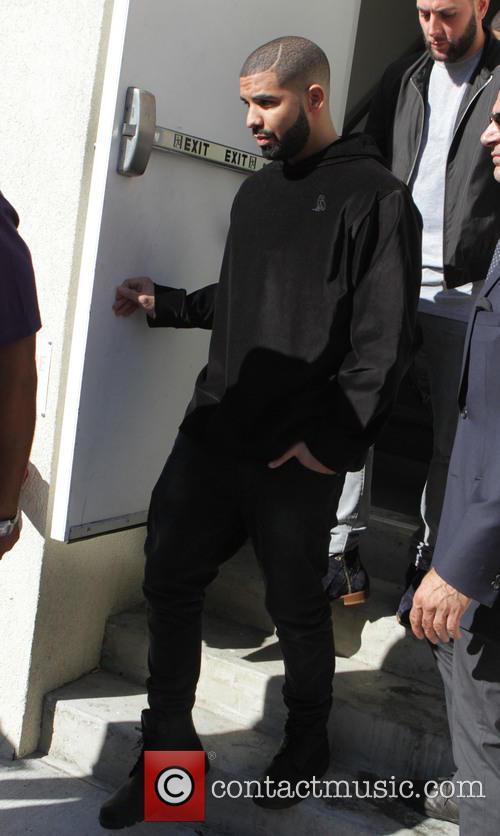 Drake is in favour of working with Adele

Adele started the ball rolling earlier this week, saying in an interview with eTalk that she was a great admirer of the ‘Started From the Bottom’ star. “I really want us to do an official remix. I love Drake. I love Drake so much,” the 27 year old singer said. “I even got the coat that's in the video, I got it delivered the other day, I ordered it. The red one.”

Both artists are currently near the top of the American charts, with Adele’s ‘Hello’ sitting pretty at Number 1 a month after it was released and Drake’s ‘Hotline Bling’ at Number 3. Adele, of course, is expecting a record-breaking sales week as her third album, 25, came out last Friday (November 20th).

It’s expected to sell over 4 million copies in its first week in the US when the charts are announced, easily beating the previous record held by ‘NSYNC’s No Strings Attached set in 2000, and it’s broken the same record for first week sales previously held by Oasis’ 1997 Be Here Now in Britain.

Drake has also had his share of chart success in 2015, with his mixtape album If You’re Reading This It’s Too Late selling over 1 million copies in the States – one of just four albums, including Adele’s to have done so.