Drake teases he is working on new music 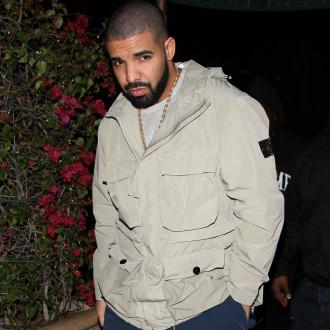 Drake has teased he is working on new music.

The Canadian singer has set tongues wagging he is creating more hit records, following the release of his latest album 'More Life' in March this year, after he shared a picture of him in a recording studio where he ''visited'' music producer Noah '40' Shebib.

The dark-haired hunk shared a photograph of him relaxing back in the vibrantly decorated location on his personal Instagram account, which he simply captioned: ''Visited 40 today (sic).''

The 30-year-old musician previously hinted his recent LP was not an ''album'' but was a ''body of work'' that acted as a bridge between his ''major releases''.

Speaking previously, the 'One Dance' hitmaker said: ''It's not an album but it is a body of work I'm creating, just to bridge the gap between my major releases, to keep people excited.''

And it is both his social media post and his recent comments, which have contributed to the growing speculation surrounding his upcoming projects and the rumours that more music is on its way from the artist, whose full name is Aubrey Drake Graham.

Drake's recent post has led his sparked interest among his fans who are eager to know what exactly it is he is working on.

One social media user tweeted: ''What Drake working on (sic).''

Whilst another responded: ''drake back in the studio (sic).''