Drake’s 'One Dance' is still on top of the UK singles chart this week, logging a massive 15 weeks at number one. The Canadian rapper has now equaled the chart record set by Wet Wet Wet’s ‘Love Is All Around’ in 1994 and he’s one week away from the all-time record, held by Bryan Adams’ (Everything I Do) I Do It For You. 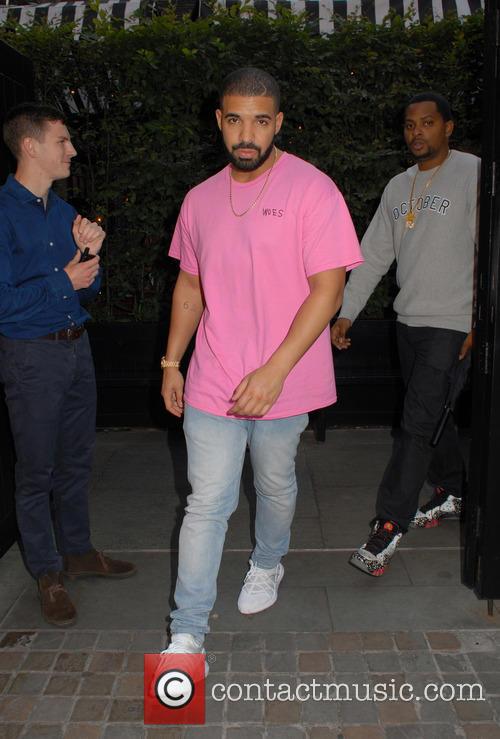 Drake’s ‘One Dance’ is still on top of the UK chart.

Speaking to the NME, Wet Wet Wet singer Marti Pellow congratulated Drake on equalling the band’s chart feat: “The way music is consumed today is very different to 20-odd years ago, so it’s difficult to equate the two records. Congratulations to Drake and his team though, for a job well done.”

More: Drake's 'One Dance' Is On Top Of UK Singles Chart For 14th Week

“It’s a tough feat for anyone to remain at No 1 for one week, let alone 15, so credit where it’s due,” he added. “Drake is now in great company. Just remember that, with Drake and Bryan Adams being Canadian, we still hold the record for a British band, for now.”

According to the Official Charts Company, ‘One Dance’ was also the most streamed track of the week, racking up 4.33 million listens. Elsewhere in the chart, at number two is Jonas Blue and JP Cooper who moved up once place with ‘Perfect Strangers’.

Last week’s number two, Chainsmokers feat. Daya’s ‘Don't Let Me Down’, fell one place to land at three. Calum Scott's cover of Robyn's ‘Dancing On My’ held on at four and Kungs vs Cookin' On 3 Burners' This Girl is also a non-mover at number five.