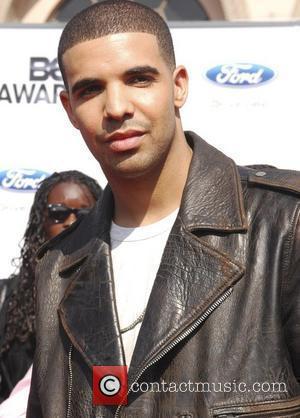 Hip-hop star Drake made an emotional stop at Jimi Hendrix's grave in Washington state following his recent appearance at the nearby Bumbershoot festival - so he could finally pay his respects to his hero.
The rapper admits the guitar great has always been very special to him and he watches Hendrix performing at Woodstock to pump him up for live shows.
He tells Rolling Stone magazine, "I'm a huge fan... Watching him go out there (Woodstock) at 10 in the morning in s**ty weather and conquer the crowd always gives me a little more adrenaline.
"I just left a little letter for Jimi at his grave. It wasn't a real letter. I just wrote him a message... It said, 'Still inspired'."