Drake Has Opened Up About His Feud With Fellow Rapper Meek Mill And His Accusations Of Using Ghostwriters But Questioned His Rival's Lack Of A Musical Response In Their War Of Words. 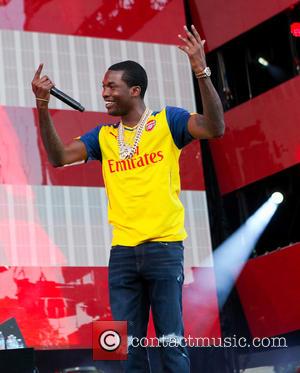 In July (15), Mill clashed with his girlfriend Nicki Minaj's Young Money Entertainment labelmate after suggesting Drake has others pen his rhymes, and the attack sparked a war of words between the rap stars.

The Started From the Bottom hitmaker was widely considered by fans to have emerged victorious in the feud after launching two diss tracks taking aim at Mill, who failed to bring forth any song in response at first.

Now, Drake has spoken about the feud to Fader magazine, insisting his biggest problem with the rivalry was Mill's initial silence on the matter.

Drake said, "Given the circumstances, it felt right to just remind people what it is that I do, in case your opinions were wavering at any point.

"This is a discussion about music, and no one's putting forth any music? You guys are gonna leave this for me to do? This is how you want to play it? You guys didn't think this through at all - nobody? You guys have high-ranking members watching over you. Nobody told you that this was a bad idea, to engage in this and not have something? You're gonna engage in a conversation about writing music, and delivering music, with me? And not have anything to put forth on the table?"

In the end, Drake did address Mill's accusations of using a ghostwriter, and while he did admit to sometimes relying on the help of his talented friends, he isn't upset that Mill called him out on it.

Drake confessed, "I need, sometimes, individuals to spark an idea so that I can take off running... If I have to be the vessel for this conversation to be brought up - you know, God forbid we start talking about writing and references and who takes what from where - I'm OK with it being me.

"It's just, music at times can be a collaborative process, you know? Who came up with this, who came up with that - for me, it's like, I know that it takes me to execute every single thing that I've done up until this point. And I'm not ashamed."