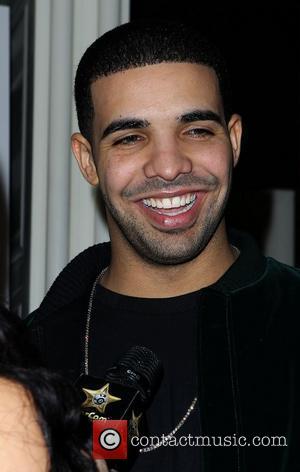 Drake has laughed off rumours his show in Las Vegas with newly-freed rapper Lil Wayne last weekend (06-07Nov10) ended in a fist fight - branding the story "wrong".
The Lollipop hitmaker was freed from prison earlier this month (Nov10) after serving eight months behind bars for an illegal weapons possession charge and he returned to the stage last Saturday (06Nov10) to perform with his protege.
Subsequent rumours suggested the pair's reunion was short-lived and ended with Lil Wayne punching Drake after backstage tensions boiled over.
But Drake is adamant the reports are not true and likened the story to road trip game Punch Buggy.
In a post on his Twitter.com page, he writes, "You got the story wrong... Lil Wayne punched me in my arm cause he saw a VW beetle pass by... Haaa."
A representative for Drake also confirms there was no altercation between the pair, telling MTV.com, "There were no disruptions. The concert and afterparty went off without a hitch."

Drake responds to album criticism saying haters 'don't get it'