Drake and Serena Williams 'are together'

Drake and Serena Williams have been spotted kissing at Wimbledon. 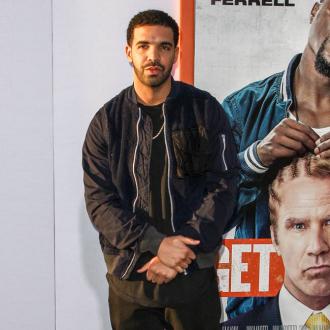 Drake and Serena Williams ''are together''.

The 28-year-old singer and 33-year-old tennis champion were spotted kissing in the clubhouse after her victory against Victoria Azarenka in the Wimbledon quarter final earlier this week, and then embraced him after her press conference on Friday (10.07.15), following her win, and was heard joking with him about being grilled on their relationship.

A source told The Sun newspaper: ''Publicly she says they're just friends but Drake has been by Serena's side throughout the tournament and when they've been away from the public and relaxed, it's been pretty obvious that they are together.

Drake was at Centre Court on Friday as Serena lifted the Wimbledon trophy for the sixth time.

Along with a picture of the winner holding up the trophy, the 'Started From The Bottom' hitmaker shared on Instagram: ''Showtime Champ. A big plate for all that food you ate at Wimbledon! (sic)''

Drake and Serena previously dated back in 2011, but was spotted on a date with model Dollicia Bryan in 2012.

Following their split, the tennis player said: ''I do make mistakes -- like every human does. But the last relationship was too much of a heartbreak for me.''