Parties, club appearances, and performances by Chris Brown and Drake are being closely monitored by a group of NYPD officers - known as the 'Hip-Hop squad' - in the wake of the Suge Knight shooting. 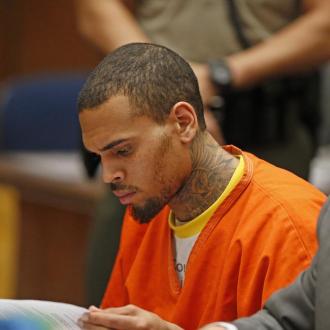 Drake and Chris Brown are being monitored by police.

The rappers' club appearances and performances are said to be under observation by a group of officers from the NYPD - known as the 'Hip-Hop' squad - in the wake of the Suge Knight shooting at Chris' party at the 1Oak nightclub in Los Angeles earlier this week.

According to the New York Post's Page Six gossip column, the feuding duo are at the top of the list of artists on special watch, with the actions of French Montana, Wiz Khalifa,Young Jeezy, Fat Joe, Jim Jones, Lil Wayne and Fabolous also being monitored by the group.

A source said: ''All New York club owners are required to inform the Hip-Hop Police in advance if anyone on the watch list is coming in. They want to be there to monitor the crowd and in case any trouble starts.

''They don't want any situations like the Suge Knight shooting. If something does go down, they want to already be on the scene.''

Another insider explained: ''Their job is to investigate crimes and curtail violence in the hip-hop industry. So when they find out there is a beef between rappers, they monitor it. They are plainclothes cops, they go to clubs and shows.''

Suge was just one of the three victims injured in the shooting, which took place at the star-studded party just after 1:30am on Sunday morning.

Party-goers dropped to the floor as they heard four gunshots ring inside the venue, before the nightclub was quickly evacuated by security guards.

Suge reportedly walked out of the building after he was blasted with bullets where he was discovered by a police officer and rushed to the local hospital.

The suspected gunmen were detained by police and the venue was searched for clues.

Suge is no stranger to gun violence as he was involved in a drive-by shooting in Las Vegas in 1996, which ultimately led to Tupac Shakur's death.

The music mogul was also hit in the leg during a shooting at Kanye West's VMAs pre-party in 2005.