Drake was the victim of the hidden camera show back in 2012, and Kutcher remembered the filming when speaking to James Corden on Wednesday.

He may have been there to talk about his new Netflix comedy ‘The Ranch’, but Ashton Kutcher couldn’t help but reminisce about the time he pulled a prank on superstar rapper Drake during a past episode of his MTV show ‘Punk’d’.

The Canadian star was the butt of Kutcher’s secret camera show back in 2012, where he was tricked into believing that he was being picked up by the Secret Service to meet with a politician but, having gotten into the car, encountered a simulated earthquake. 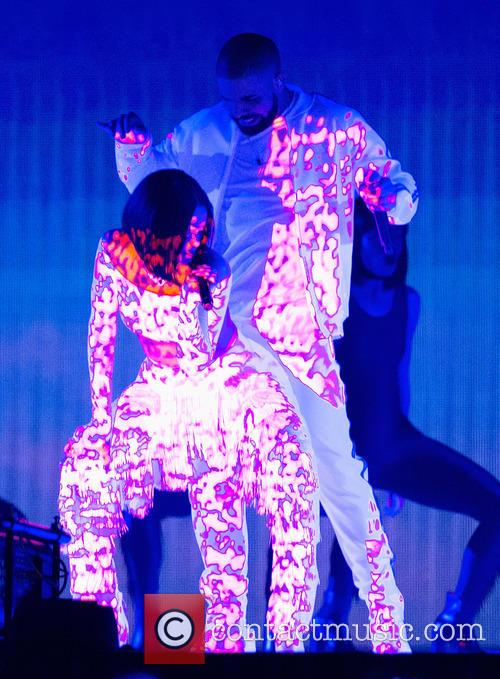 Drake, pictured performing with Rihanna, was punk'd by Ashton Kutcher back in 2012

“He was in the car, and we started rattling the car and the whole garage. He jumped in a buddy’s lap and literally fetaled up,” Kutcher recalled when speaking to host James Corden on the NBC late night chat show. “I was like, ‘Yo, Drake just fetaled up!’ But we had to take that out.”

Danny Masterson, who was also punk’d back in season 6 of the show and is Kutcher’s co-star in ‘The Ranch’, said: “I will say for anybody who’s been punk’d, don’t p*** him [Kutcher] off, because the footage that doesn’t make it on is incriminating to say the least.”

More: Ashton Kutcher describes “ninja effort” to keep his wedding to Mila Kunis a secret from the media

Drake hasn’t been the only rap star to get the treatment on legendary show, which Kutcher stopped presenting in 2007. He remembered going onto a star’s private plane and pretending there was something suspicious on board, only for the rapper to respond by leaving the aircraft and running away!