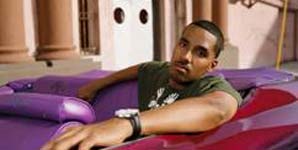 After Dre lent his vocals to guest appearances on various projects including Terror Squad's hit single "Take Me Home," Dre decided to release "Naomi" which is hitting the airwaves, creating a huge buzz and was the most popular song played in the night clubs in Miami during the MTV Video Music Awards weekend.

Miami based super producers Marcello "Cool" Valenzano & Andre "Dre" Lyon and their production company Epidemic Music are embracing the huge success of their latest hits. First they topped the charts with Ja-Rule's "New York," followed by Terror Squad's "Take Me Home." To top off their accomplishments in the music industry, they recently won 3 BMI Top Urban Producers Awards for their #1 hit "Hate It Or Love It" featuring the Game and 50 Cent at the BMI Urban Awards in Miami.

Something From Nothing: The Art Of...