We've finally got our first look at 'Straight Outta Compton'.

The first trailer for Straight Outta Compton rolled out online this week, giving fans the first look at the upcoming film based on the rise of NWA. The clip begins with an introduction featuring Ice Cube and Dr Dre, driving around the city and reminiscing on their formative years.

After that, we take a journey back into the 1980s amidst the drugs and violence of Compton that helped bring together Cube, Dre, Eazy E, MC Ren and DJ Yella to make hip-hop history. The group were pioneers of gangsta rap and arguably became the most important group in the history of rap.

"We put it all into music - our frustration and anger. Our music was like our weapon," they say. That's the most powerful weapon we've got." 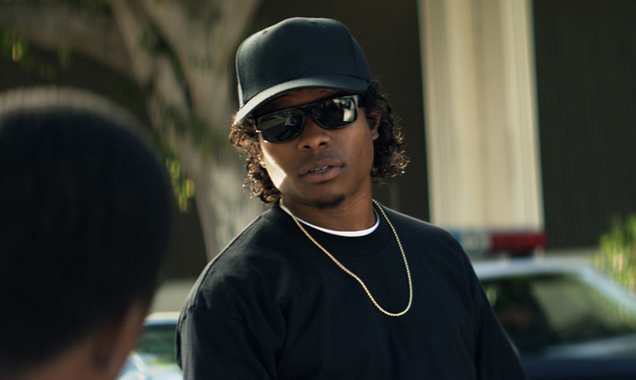 Straight Outta Compton tells the story of rise of NWA

Straight Outta Compton received a little negative publicity (or positive, depending on how you look at it) this month when the Death Row founder Suge Knight was arrested for murder following an incident that began on the set of the movie. Knight is accused of running down two men in a parking lot in Compton, killing one and injuring the other.