'New Dr. Dre Album' Set To Drop This Weekend, According To Ice Cube

The rapper hinted that his former N.W.A. colleague Dre might finally be releasing his third album on Saturday.

Surprise albums are becoming increasingly common in 2015, to the point where they’re failing to have the desired impact any more. Even so, there were many eyebrows raised on Wednesday as rapper Ice Cube mentioned that Dr Dre would be releasing a new album over the weekend.

The 46 year old former N.W.A. star was talking to Philadelphia radio station Power 99 today (July 29th) about the forthcoming biopic about the legendary rap group Straight Outta Compton, which arrives on August 14th, when he dropped the bombshell that a new album, featuring original material by Dre and others inspired by the movie, would be arriving this Saturday (August 1st). 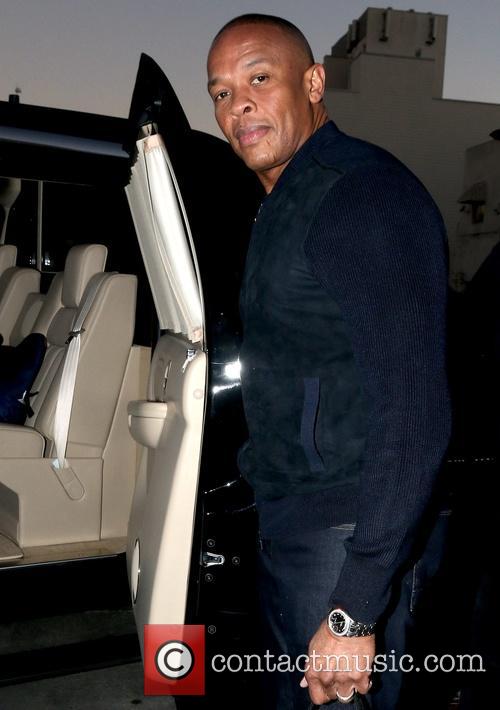 Is Dr. Dre's much-vaunted third album 'Detox' going to be released this weekend?

“It’s mega, you know, it’s Dr. Dre, it’s what everybody been waiting for,” Ice Cube revealed. “It’s definitely a dope record, and he’s dropping it all on the same day. It's crazy.”

Earlier in July, Straight Outta Compton’s director F. Gary Gary told MTV that Dre, the producer and genius behind N.W.A., had enlisted his two main protégés Eminem and Kendrick Lamar to help with the soundtrack to the movie. However, it’s unclear whether the soundtrack and the ‘Dre album’ mentioned by Ice Cube are the same thing.

In the same interview, Ice Cube also spoke about the much-vaunted N.W.A. reunion that has been touted to tie in with the biopic’s release. “Yeah, there's a possibility for sure,” he said. “We've definitely been talking about it. It's just really about promotors coming to the table and we put together something that works for everybody. It's definitely, definitely possible.”

Dr Dre, who has had a tremendous influence on hip-hop with N.W.A.’s seminal debut album Straight Outta Compton (1988) and his debut solo album The Chronic (1992), has not released an LP since 1999 (which was confusingly titled 2001). His third album, long-rumoured to be titled Detox, has been continually been put back for the last 16 years.