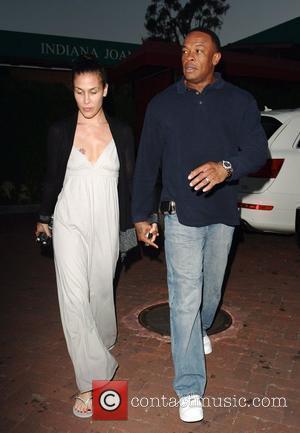 Hip-hop mogul Dr Dre's mother is set to release a book of memoirs revealing all about her son's rise to fame. In her upcoming tome Long Road Outta Compton, Verna Griffin documents her struggle from rags to riches, thanking her rapper son - real name Andre Young - for turning her life around. The 58-year-old tells how she went from digging in the sofa in hope of finding coins to living in a multi-million dollar house and receiving a regular income courtesy of her Grammy-winning son. But the star wasn't always the ideal son, and Griffin constantly worried about his close friendship with Eric 'Eazy-E' Wright - fearing the late rapper, who lived a flashy lifestyle despite having no permanent employment, would lead Young into a life of crime. She says, "I was worried that Andre would be drawn to the glitter of what drug money could buy. Fast money is not good money." And Griffin also reveals her shock at the lyrics Young's group N.W.A. came up with on tracks like F**k Tha Police - until she witnessed her son being arrested for no obvious reason. She adds, "When I looked on the past, I could remember my boys standing outside having a friendly conversation when, all of a sudden, I'd... see the police with all of them spread-eagle up against the police car. "This harassment was for no obvious reason except they saw black boys grouped together, and presumed to be up to no good. It was then I realised that the lyrics were just stories about things that were actually happening." In addition to the release of Griffin's memoirs, Young's former associate Bruce Williams will also launch his own book about the star, Rollin' With Dre: An Insider's Tale Of The Rise, Fall And Rebirth Of West Coast Hip Hop.