Dr. Dre thought he was ''done being an artist'' after scrapping his ill-fated LP 'Detox', hinting it made him question his future in music. 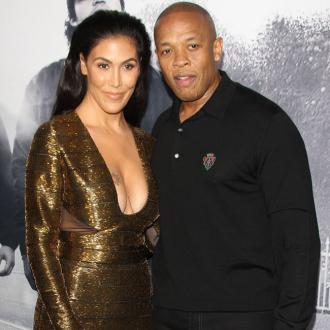 Dr. Dre thought he was ''done being an artist'' after scrapping his ill-fated LP 'Detox'.

The 50-year-old rapper spent several years working on the collection although it was never released because he wasn't ''feeling it'', leading him to question whether he even wanted to continue making music.

He said: ''I had between 20 and 40 songs for 'Detox', and I just couldn't feel it. Usually I can hear the sequence of an album as I'm going, but I wasn't able to do that. I wasn't feeling it in my gut. So I really thought I was done being an artist.''

After eventually axing the record, the former N.W.A. member began work on his new LP 'Compton', which was released last week, making it his first new album in 16 years.

And explaining why he hasn't been in the limelight for much of the past decade, Dre said he chose to lay low because he has ''social anxiety,'' which comes across in N.W.A. biopic 'Straight Outta Compton'.

He told Rolling Stone magazine: ''I have social anxiety.

''I don't like being in the spotlight, so I made a f***ing weird career choice.

''That's the reason for my mystique and why I'm so secluded and why everybody knows nothing about me. I think it added to the character in the movie because people get a chance to see behind the curtain.''