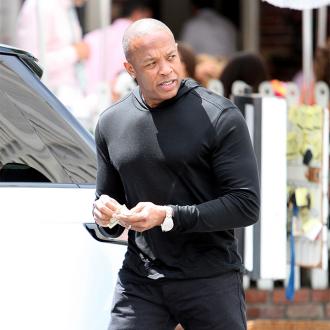 The rap mogul's enormous pre-tax profits mostly come from his sale of his Beats Audio headphone range to Apple earlier this year.

The deal - which saw Apple buy the company for $3 billion - meant Dr. Dre had the total highest annual earnings of any star ever as well as topping Forbes magazine's annual Hip Hop Cash Kings list.

DJ Khaled, who placed 20th, told the publication: ''It's safe to say headphones is a good business''.

The list shows that Dr. Dre earned $620 million, over ten times more than second place, Diddy and Jay Z - who both earned $60 million thanks to their popular music and other business ventures.

The top five was completed by rapper Drake and Macklemore and Ryan Lewis who earned $33 million and $32 million respectively.

The only female to make the list was 'Superbass' hitmaker Nicki Minaj, who took the 11th spot after earning $14 million.