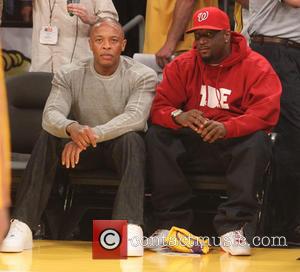 Rap mogul Dr. DrE and his Beats Electronics partners have taken over the fabled Muscle Shoals Sound and FAME Recording studios in Alabama as part of a major redevelopment initiative.

The brains behind the rap legend's accessories line will aid the renovation and revival of the music meccas, where Aretha Franklin, Wilson Pickett, the Rolling Stones and Etta James, among others, recorded classic tracks and albums, as part of a new deal with the Muscle Shoals Music Foundation.

Beats Electronics bosses hope to return Muscle Shoals Sound Studio to a functioning recording space, and turn it into a working school for budding engineers and producers to learn studio skills.

Beats co-founder and Interscope Geffen A&M chairman Jimmy Iovine says, "Magic is a word that's too often misused in the record industry. Muscle Shoals is different; it's one of the rare places where it really exists. Any time you can capture such a distinct and authentic sound over and over again, that's something worth protecting."