Dr. Dre And Eve Hit With Legal Action Over 1999 Hit 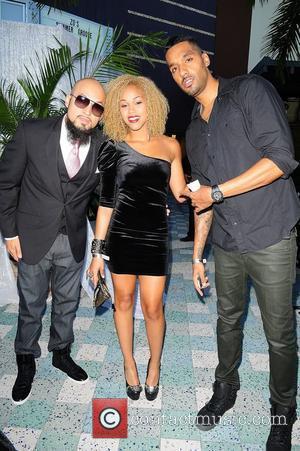 Rappers Dr. Dre and Eve have been hit with legal action over her Faith Evans collaboration Love Is Blind.
Music producer Big Hutch claims he co-wrote and produced the single in 1997 for Eve, who was then signed to Dr. Dre's Aftermath Entertainment, but when the Grammy Award winner finally recorded the track in 1999 for her album Let There Be Eve... Ruff Ryders' First Lady he was not compensated or rewarded due to lack of evidence he had anything to do with the tune.
Big Hutch, real name Gregory Hutchinson, claims he now has a case and he is suing to reclaim his share of royalties.
Releasing a statement to AllHipHop.com, he says, "I'm not trying to take away from what Eve has done, but I was a key in helping Eve create a hit record."
Bosses at Ruff Ryders Entertainment and its parent company Interscope Records have also been targeted in the suit.