Entourage Writer/director Doug Ellin Is Still Pinching Himself After Scoring A Series Of Big Name Cameos For His New Movie Version Of The Tv Series, Revealing Many Of Them Were Last-minute Cast Additions. 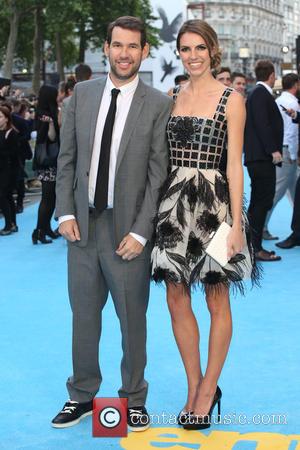 Mike Tyson, Liam Neeson, Green Bay Packers star Clay Matthews and soccer hero Thierry Henry are among the non-cast members that show up in the film, and Ellin admits none of them were on board when he started shooting.

He tells WENN, "I got a call on the set that Clay Matthews is supposed to be at a wedding but he swears he'll miss it if we put him in the movie, so I said, 'Come on down', and then (sports commentator) Jim Gray was on set and he said, 'How's Mike Tyson not in the movie?' I called Mike and he was on set six hours later! He shows up with his daughter.

"Liam Neeson was different because he was on a wish list. It was like a joke, like getting U2 and somehow we got them. I think Liam's son loved the show, so he was in.

"These cameos come in and they're not doing it for money because we're not really paying them! We try to figure all that stuff out and honestly it's like a party. One of the things I used to get defensive about is people saying, 'Why are there so many cameos?' None of it is done for stunts or to try and get extra people to come in (to see the film); it's absolutely done in the most authentic way to the life out here in Los Angeles, and certainly to the life of a movie star.

"When I went to screen the movie at Mark's (Wahlberg) house, (basketball player) Kevin Durant answered the door! I'm like, 'You didn't tell me that Kevin was gonna watch the movie'. It's crazy. You've got (American football star) Rob Gronkowski waiting around to do his scene; we are all die-hard (New York) Giants fans and he hung out all night serving soup to the extras, just because he was having a great time.

"Once I had pneumonia about six years ago and there's a knock on my door and I look like I'm dead and I open the door and there's Kurt Russell! I'm like, 'Uh, how ya doing?' And he was looking for (filmmaker) Lawrence Kasdan's house! These things really do happen."