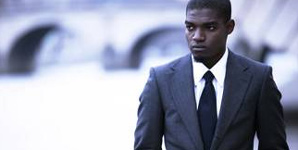 As I gingerly approached the building of Mercury Records, honestly, I felt slightly cautious and circumspect, not really knowing what to expect in meeting one of south London's underground-urban-grime artists.

Suddenly I'm told we are doing the interview on the roof! My first thought was shit man! I can't explain why, but it just was. I arrived on the rooftop and I was beginning to buzz.

I find Dot Rotten chilling with some camels (if you wondering how he managed to get camels onto a rooftop in Kensington, think again. This isn't Bachelor Party, the Hangover or any scene from a ludicrous drunken screenplay. The camels in question are of course cigarettes.) I light up a smoke and sit down to join him. He appears humble and more than welcoming. So we both re-light our smokes and delve into the nitty gritty.

Contact Music: With Christmas on the horizon, what two presents would you want for Christmas? They can be anything or anyone.
Dot Rotten: If I could get a present. A private island and eh, a private jet!

CM: Another scenario before we get into the music. You're stuck on a desert island with two albums and two films, what would they be?
DR: Eh shit man. Stuck on an island? The Marshall Mathers LP and probably something like Stevie Wonder, Innovation. Film wise, be Leon and City of God man. Those would be my two films and two albums!

CM: You're one of the big faces in the grime genre at the moment. What differentiates the two genres of hip hop and grime?
DR: Recently there is not a lot of difference because many hip hop artists are spitting on songs that are faster, but the difference from 90's hip hop to grime is the speed and tempo and how much is said in a song. But there is not much difference, it's still speaking and writing about what matters most. The only big difference is that hip hop sells better over in America and in bigger countries. Where here, everything is home grown and everyone is trying to make things for this country.
So overall, the biggest difference is that hip hop is a bigger genre worldwide.

CM: Do you think Dizzee Rascal was instrumental in bringing the raw underground vibe to the mainstream?
DM: I think with all the names that have come out from the underground scene, it has opened awareness to the music we have done which has helped big time. But I still think the rawness and element of grime that I am aware of still hasn't come out just yet. I think slowly it is broadening and everyone who has come out has definitely helped raise the awareness of the underground music and bring it over ground and to the public.

CM: Do you see yourself staying in grime, or do you see yourself maybe making a transition to more mainstream hip hop, similar to how Wretch 32 has?
DR: To be fair, with grime, what I know is grime, I haven't done that for a long time now, but I stick to the tempo and around the tempo of the music.
What I class as grime, I really haven't done a lot of it. I think what I try to do, is try and return to what people know me best for, which is spitting over 140bpm (beats per minute). I hope I never really lose that essence of me. I know I will try and stick to it. But I know I have to get out of my comfort zone and try new things and work on things that are a little different and bring my own vibe to it.
So with Grime, I will continue to do it, but I will also experiment and find other things that work!

CM: Why did you feel the need to kill off Young Dot?
DR: I call myself Young Dot about six years ago when I was producing more than I was rapping. There were many reasons why I changed my name, but on a musical front, was because when I was Young Dot, the awareness I was getting wasn't what I wanted it to be, considering I had been doing it so long. I wasn't getting the best reaction, because I was doing so much producing. So I needed a fresh start with a fresh name, it gave me the opportunity to recreate myself and keep people listening.

CM: How important would you say YouTube, Twitter and the internet were in making your career?
DR: YouTube, Twitter and all those things are really good way of keeping the fans in the loop and just a general awareness of what you are up to. YouTube has helped so many artists anyways. Some people have blown up just from hits on YouTube. It's a good way to test the waters and see how effective what your doing is good?

CM: Would you be here without YouTube?
DR: If there wasn't YouTube, there would be something else, but I think if anyone heard something they liked, they would state they liked it online anyways, but it's definitely a big part. It's great when you have a song that's nearly two years old and you have completely forgot about, but it's still online and the fans are still commenting on it. It's a good way of cataloguing your music and promoting it.

CM: I watched one of your videos on SBTV, and you converse about the clothing range and business side of the music. Do you consider yourself more than just a musician?
DR: Yeah, I definitely want to use my position and do bigger and better things. I wanna go into the food industry and the clothing industry. There are loads of things that you can use to get into bigger and better things like acting etc. But you can't run before you walk.

CM: When you received X amount of Twitter followers, you released 50 free instrumental tracks. What was the thinking behind that?
DR: I woke up at a friend's house, and I hadn't released or dropped anything for a while and my followers were going up, so I said alright, when it gets to 5,000 I'll give you 50 free instrumentals. The beats had been sitting there for ages. Instead of holding back, I thought I'd just give them away.

CM: Where did the actual musical content come from itself?
DR: All the music I gave out was mine, stuff I just produced and had sitting down. I'm gonna do another soon too.

CM: I didn't realise you produce that much music.
DR: Yeah, I produce a lot, and that's not even a quarter of stuff that I have sitting around which I will push out to different artists soon, but I have to focus on my solo career as an artist at the moment.

CM: Do you have any more collaborations coming out soon?
DR: I did one with Professor Green recently and a few singers, but I'm not sure if they are coming out. I have been collaborating more with producers than artists. I've been working with True Tiger, Naughty Boy and Labrinth.

CM: Anyone who you would like to collaborate with?
DR: There are loads of artists who inspire me, but putting two artists together doesn't always work. I'd rather find someone and meet them, rather than have it forced on me.

CM: Your freestyling techniques are outrageous, how do you go about doing it and do you have any tips for budding freestylers?
DR: I think with freestyles, number one; you have to have a lot of ammo and hit your targets. You have to make sure whatever your saying is real to you. People like the truth. I would advise though, make sure that it's a journey on the way to becoming something else, as it's easier to get stuck in one small box. Tis good to be a Jack of all trades.

CM: Album wise, anything in pipeline, studio LP's or mixtapes?
DR: I've got loads of material. The album is near enough done. But I need to solidify it with all the other music; I will either put together an LP or something. I'm always in the studio anyways making music working on different stuff. From now until whenever the album drops, I'll keep doing what I'm doing to keep the underground scene happy.

CM: What's the difference between a mixtape and studio LP?
DR: All my mixtapes have been original material, so many class them as albums anyways. The difference for me is that in a mixtape you can say whatever you want. In an album you have to make sure everything connects and every track connects and the relevance from track to track. More about the whole architecture of building the album. Albums have to be looked at from a world-wide point of view to make sure everyone can connect with it.

CM: and finally dude, plans for New Year's Eve?
DR: Right now, I don't have a clue. I don't know if there are any bookings in, or might just go chill with my friends as it's his birthday on the 30th. You know what it's like these days, something may just happen and you'll be there. But really, I just want to prepare for the New Year.
As the stop button was pressed to end our interview, we were joined by his manager, Archie, and we spent the next 10 minutes discussing Tupac and Eminem and one thing became apparent.
Music is more than in their blood, it's their life! 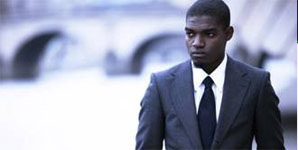