'Glee' star Dot-Marie Jones got married to her fiancée Bridgett Casteen on Saturday (21.12.13). 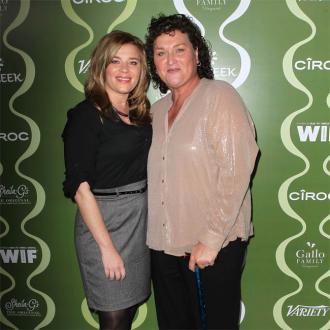 The 49-year-old actress - who plays Coach Shannon Beiste in the musical drama series - secretly tied the knot with her long-time girlfriend Bridgett Casteen on Saturday (21.12.13) surrounded by their close friends.

According to People magazine, the happy couple had invited friends to their house in Los Angeles, California, for a festive party and their pals were said to be shocked to learn they were actually there to witness the pair's wedding.

'Scream' actor Jamie Kennedy took to Twitter to congratulate the couple to which Dot-Marie replied: ''THANKS SWEETHEART LOVE YOU MERRY CHRISTMAS! (sic)''

Bridgett took to the social networking site on the morning of their nuptials to admit she was looking forward to their big day, and she later changed her profile to reflect her married name.

The couple got engaged in October when Dot-Marie popped the question to Bridgett near Sleeping Beauty Castle at Disneyland Resort in Anaheim, California, while they were attending Anaheim Gay Days festival, an event which brings together the LGBT (lesbian, gay, bisexual, and transgender) community.

Dot-Marie said at the time:''It's the happiest day of my life. I never thought I'd find somebody that is so loving and kind.''

Later that night, Bridgett tweeted: ''Thank you @dotmariejones for making me the happiest woman in the world. #engaged (sic)'' 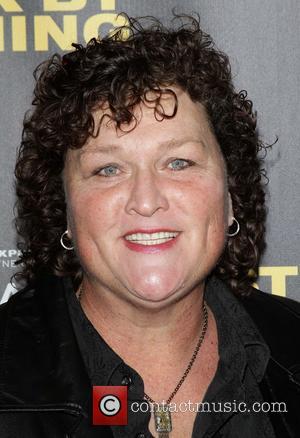