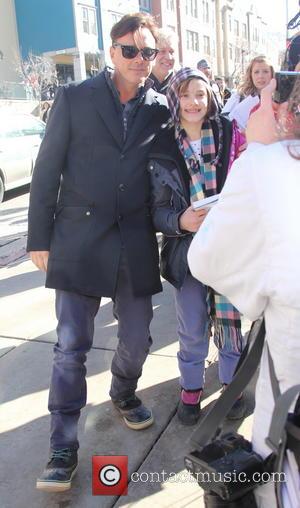 The couple exchanged vows during a Jewish ceremony on the rooftop of the Sunset Tower Hotel on Saturday (03Oct15).

Stars including Skid Row rocker Sebastian Bach, Moby, Sugar Ray's Mark MCGrath, Dave Navarro and Juliette Lewis attended the ceremony and all took the stage to perform at the reception.

Leitch, whose father is British folk rock icon Donovan, has an 11-year-old daughter from his 13-year marriage to Hume.