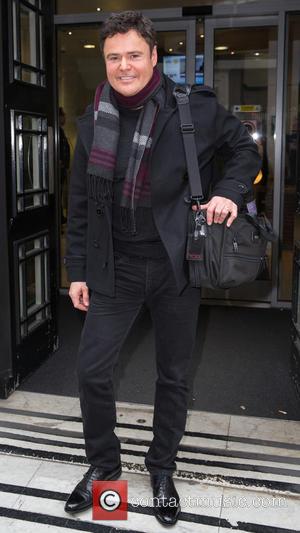 Donny Osmond scored a very special guest on his new version of Stevie Wonders My Cherie Amour - the soul man himself.

The veteran entertainer has recorded the songs by artists who inspired him throughout his career for his 60th album, The Soundtrack of My Life, and he was stunned when Wonder himself agreed to play harmonica on his cover.

He says, "The way Stevie Wonder plays the harmonica is iconic; his music has made a major impact in my life throughout most of my 50-years of entertaining. So when I decided to create an album, which would highlight songs that have really influenced me the most, I knew I had to include My Cherie Amour.

"It was the first record I ever purchased. When I started working on the song, I thought, 'It would be so cool if Stevie would be willing to play harmonica on my version'. He agreed to do it. It truly is an honour to have him on my 60th album."