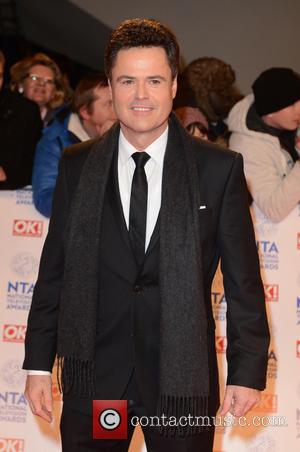 Veteran entertainer Donny Osmond is preparing to make his return to the small screen with a "fast-paced and very entertaining" new project.

The Puppy Love hitmaker has been watching the most popular shows "very carefully" and eyeing up the competition as he works on developing his Tv comeback.

He tells British talk show host Alan Titchmarsh, "I love the television market and I'm watching it very carefully because I am in the process of developing some Tv projects that may bring me back here to the U.K. quite a bit...

Osmond was just five years old when he got his start performing on The Andy Williams Show, and he later starred in his own 1970s variety series Donny & Marie with sister Marie Osmond.