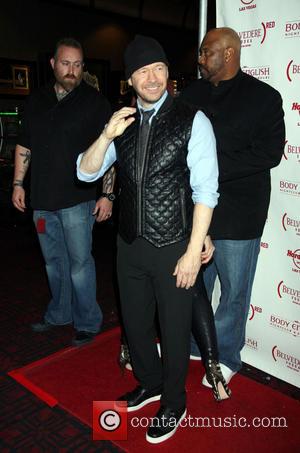 Actor/singer Donnie Wahlberg has fuelled reports suggesting girlfriend Jenny McCarthy could find a very special ring under her Christmas tree after confessing she is everything he could have asked for in a woman.

The New Kids on the Block star has only been dating the blonde bombshell since this summer (13), but their love story appears to have prompted MCCarthy to rethink her vow never to wed again and Wahlberg admits he's thinking about putting a ring on it.

He tells In Touch, "Do I feel like she's the one? She's everything I could have asked for... We were both married, both divorced, both have kids and both never married again - so we're both open to see what happens."

Wahlberg has two sons from a previous marriage, and MCCarthy also has one son from her marriage with ex-husband, John Mallory Asher.

Last month (Nov13), the actress was candid about her desire to take the next step with her beau, even admitting she would be willing to get down on one knee to propose herself.

She told U.S. talk show host Bethenny Frankel, "I've said on every interview that I was like, 'Never get married again, ever', and, of course, you never say never. I think he would be an amazing husband, so if he does (propose), I would for sure say yes. I wouldn't be surprised if I was the one proposing."