The new generation of Hollywood, from Taylor Momsen to Angel Haze, descended on the NY bash. 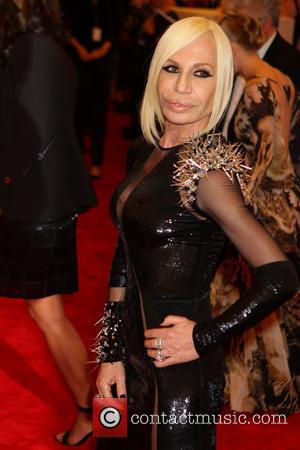 Versace lovers gathered en masse at Donatella Versace’s showcase at Lexington Avenue Armory Wednesday in New York for the new Versus line. The venue, appropriately dimmed for the edgy collection’s reveal, was filled to the brim with celebrities and assorted socialites, Women’s Wear Daily reports. Darren Criss, Theophilus London, Jaime King, Hayden Panettiere, Sky Ferreira and Heidi Klum were all among the chosen ones, lingering among models and scantily clad waiters and waitresses.

Rocker and former Gossip Girl star Taylor Momsen was also present, supporting one of her go-to brands when it comes to clothes. Momsen’s trademark heavy eyeliner and unkempt bleach blond tresses fit right in with the edgy theme of the party. “You can’t go wrong with Versace,” said Momsen for WWD “They always have a bit of a rock ’n’ roll edge.”

That they do and the capsule collection, separated into three groups – all black, colorful knits and all black – didn’t disappoint on that front. The show was punctuated by performances from rapper Angel Haze, followed by L.A. rockers Dead Sara and finally Canadian electropop prodigy Grimes in the breaks between the three sections. Grimes in particular has been a Versace darling lately, so it’s no surprise that she was also featured in the show. As for the clothes, it’s what you might expect from a 2013 summer collection – crop tops abound, along with straps on everything and strategically selected bold accessories. It was a good time for everyone involved, except maybe Lady GaGa, who, after her arrival, spent the night observing from the secluded mezzanine. 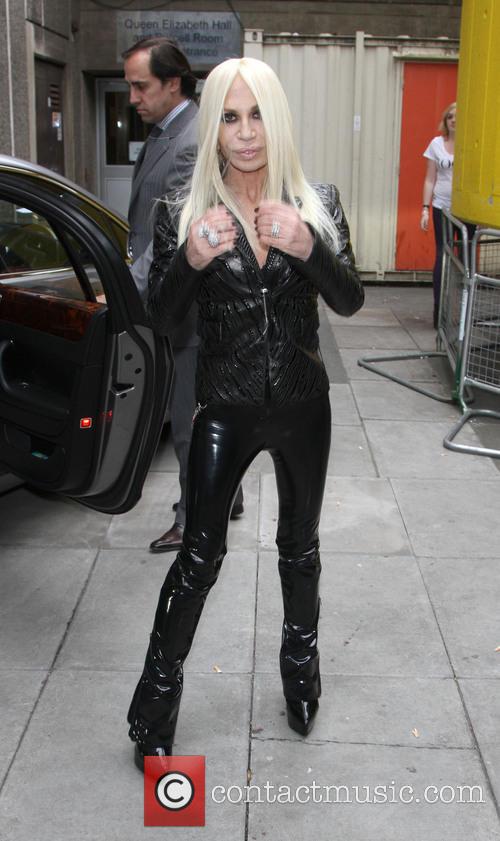 Meanwhile, Donatella Versace hovered between the models for some final fixes. 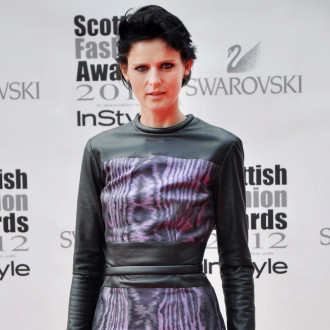 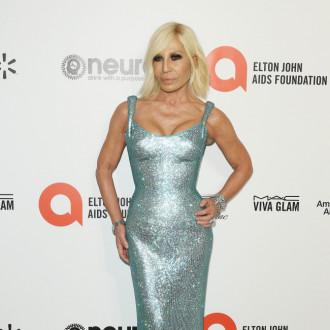