Stephen Colbert, James Corden and Jimmy Kimmel had a lot to say on the subject.

Since the news broke earlier this week that President Donald Trump had fired the director of the FBI James Comey, people around the world have reacted with a mixture of shock and incredulity. It's a crazy situation, and one that Stephen Colbert, James Corden and Jimmy Kimmel have been making light of. 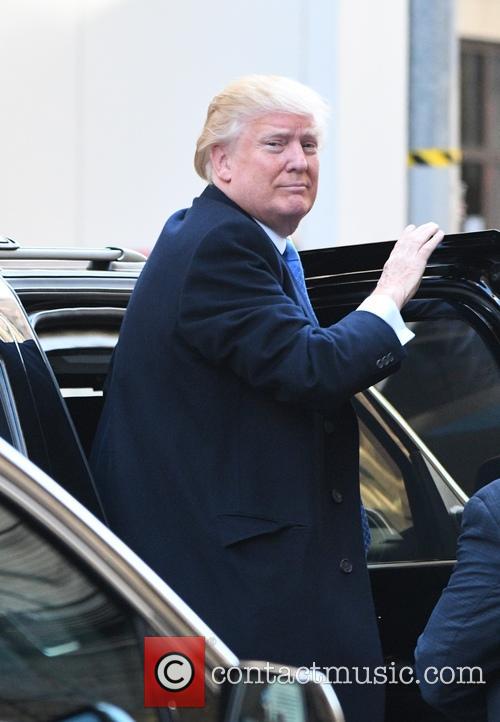 Despite the fact that Trump's presidency is actually quite terrifying for the people who live in America, you can't deny that the man has high entertainment value. He makes himself extremely easy to make fun of, especially when he's living up to his 'Apprentice' catchphrase 'You're fired!'.

'I'm worried this puts Trump in a real bind', James Corden said on 'The Late Late Show, where he also branded the President 'crazy'. 'He doesn't have enough kids to fill the vacancy!'

Meanwhile, 'The Late Show''s Stephen Colbert had a lot to say about a segment from a letter that Trump wrote to Comey which read: 'While I greatly appreciate you informing me, on three separate occasions, that I am not under investigation, I nevertheless concur with the judgment of the Department of Justice that you are not able to effectively lead the bureau.'

'Does everything have to be about him?' Stephen quipped. 'We'll have more on this tomorrow when they scramble to cover the whole thing up.'

But it was Jimmy Kimmel who really outlined the ridiculousness of the development. 'One reason they gave, and this is really something, for firing Comey was because he mishandled the Hillary Clinton email situation', he said. 'Which is hilarious because that would mean Trump fired James Comey for making him President. He really does hate doing this job.'

Plus, Jimmy's also showing his support of Comey with new 'Comey is my Homey' T-shirts available in women's and baby sizes (not really).