Trump had called Jackson "boring" and had claimed to have never met him.

Samuel L. Jackson is in a feud with Donald Trump… or at least that’s what Trump thinks, anyway. The actor reacted with surprise to being told of his apparent rivalry with the potential Republican candidate when he appeared on ‘Late Night with Seth Meyers’ on Tuesday (January 5th).

There to promote his new movie The Hateful Eight, Meyers showed him a barbed Twitter missive that the billionaire had previously sent. “I don’t know Samuel L. Jackson, to best of my knowledge haven’t played golf w/him & think he does too many TV commercials – boring. Not a fan,” Trump tweeted, saying that he and Jackson had not been friends. 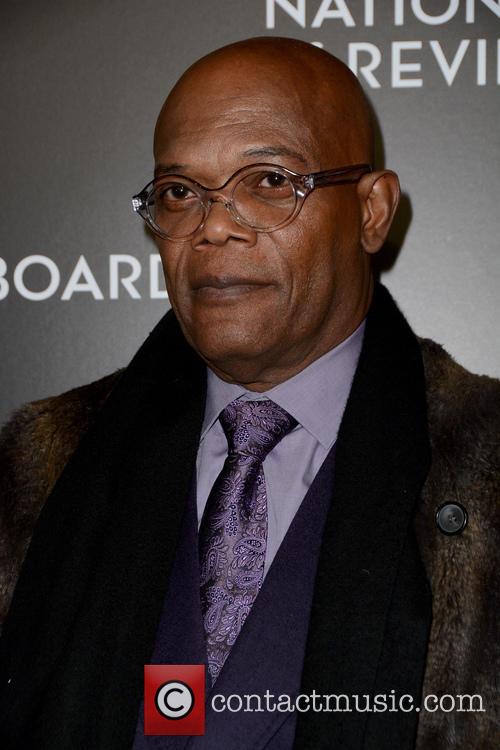 Jackson cleared up the situation, saying that Trump’s claim to have “the world’s greatest memory” was mistaken, and that photographs can attest to his and Trump’s one-time friendship. “Yeah, I’ve met him a lot,” the actor told Meyers, before pulling out an ace card in terms of corroborating evidence – the 42nd President of the United States.

“He called me one day,” he continued. “‘Are you busy today? You want to play golf?... Well, I’m not going to play but I’ve got a friend who wants to play’… And when I got there it was President Clinton, who can also verify that Donald Trump knows me.”

Later on Instagram, Jackson wrote that one of Trump’s chain of golf clubs had charged him membership fees without his knowledge. “A bill from the guy that doesn't know me & never golfed with me! I'm gonna Block his ass too!”

The feud apparently started when Jackson gave an interview to United Airlines magazine Rhapsody in the recent past, in which he said was a better golf player than Trump because he “doesn’t cheat”.