No-one knows if it's real or a wig but it's still a strange sight.

Of all the things that are happening in the White House at the moment, it seems Donald Trump's hair is one of the most intriguing events of the week. Video footage was caught showing his hair flapping as though it was a loose hairpiece, and the internet cannot get over how disturbing it is. 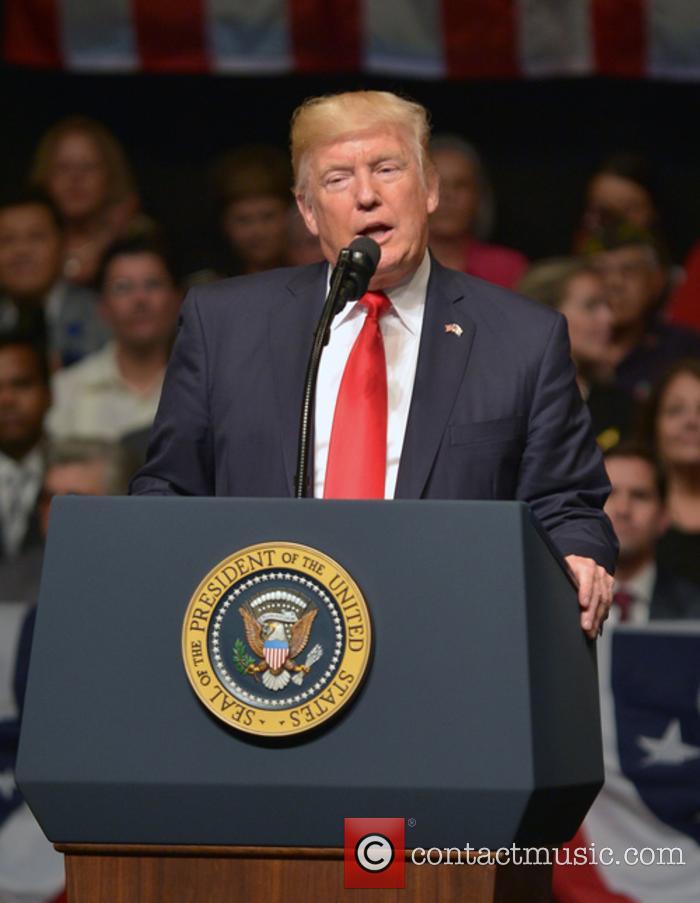 The President of the United States was seen waving just before he boarded Air Force One as he embarked on a golfing vacation at Mar-A-Lago in Florida, but his hair stole the crowd's attention as the wind blew it bizarrely outwards, exposing his scalp.

For a man who consistently denies wearing toupees, his blonde locks sure looked loose as they flapped in the unforgiving wind; he's either definitely lying, or he is developing a bald spot in the back of his head. It must be all that stress of being in office!

Hilariously, Jimmy Kimmel sent producers out to get the opinions of professional hair stylists, but even they couldn't be sure exactly what was going on on top of Trump's head. Those who thought it was a wig came out with comments like: 'Someone did not glue that down tight enough' and 'That's a bad weave'.

Meanwhile, others compared the hairstyle to 'the backside of a dog', 'the behind of an ostrich' and 'the monster from 'Goonies', while one stylist suggested the best way to combat such bad hair days is 'Pomade. Lots and lots of pomade'.

There are those who say that Trump's critics should not be shaming him for his appearance, and they're probably right. But there is something satisfying about seeing such image struggles from a man who has repeatedly looked down upon and insulted people for their looks.

So whether you're a Trump fan or not, it's difficult not to agree that this footage is something none of us will ever be able to unsee.