Trump tweeted the sentence "despite the constant negative press covfefe" last night, and seemingly went to bed without correcting it. Chaos and memes ensued.

Donald Trump has left the internet baffled by seemingly inventing a new word that has taken the world by storm – ‘covfefe’.

That’s right. Trump sent out the mysterious tweet shortly after midnight on Wednesday (May 31st), writing the bizarre word in the context of the sentence: “Despite the constant negative press covfefe.”

That was it. Nothing else. No explanation, and not even in connection with anything else he had written. The incident left many of his 31 million Twitter followers pretty baffled, even by Trump’s pretty high standards for random social media engagement.

The tweet was left up overnight without any kind of comment or clarification, meaning Trump probably went to bed leaving it up, during which time it went viral and pretty much broke the internet as his fans and detractors alike tried to parse some meaning from it, with many wandering whether it was an autocorrect fail that went unnoticed from Trump’s occasional intemperate tweeting.

Firstly America, then Europe, had immense fun with the word, with memes galore being generated in the six hours before Trump went on to Twitter again, taking the tweet down.

“Who can figure out the true meaning of “covfefe”??? Enjoy!” the president then wrote in the morning, seeing the funny side of it. 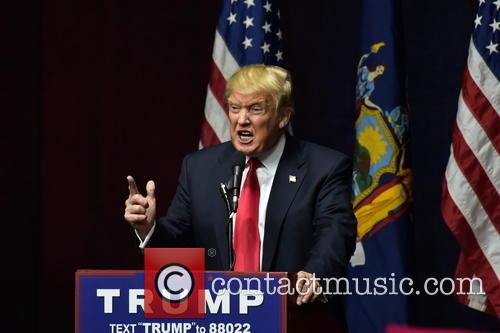 Last Thursday (May 25th), news site Axios cited a White House insider who claimed that the only app on Trump’s iPhone was Twitter, and that effort was being expended in keeping him away from television in order to curtail his rage-tweeting.

“In Trump’s case, it’s curtailing his time watching TV and banging out tweets on his iPhone. Trump himself has been pushing staff to give him more free time. But staff does everything it can to load up his schedule to keep him from getting worked up watching cable coverage, which often precipitates his tweets. It has worked well overseas so far," the source says.