Schwarzenegger took over as host of the NBC reality show earlier this year.

Donald Trump has claimed that Arnold Schwarzenegger was fired as host of ‘Celebrity Apprentice’, due to poor ratings.

The President made the claim on Twitter, after Schwarzenegger gave an interview to Empire Online, saying he wouldn't be returning to the series and citing the show’s association with Trump as driving away viewers. 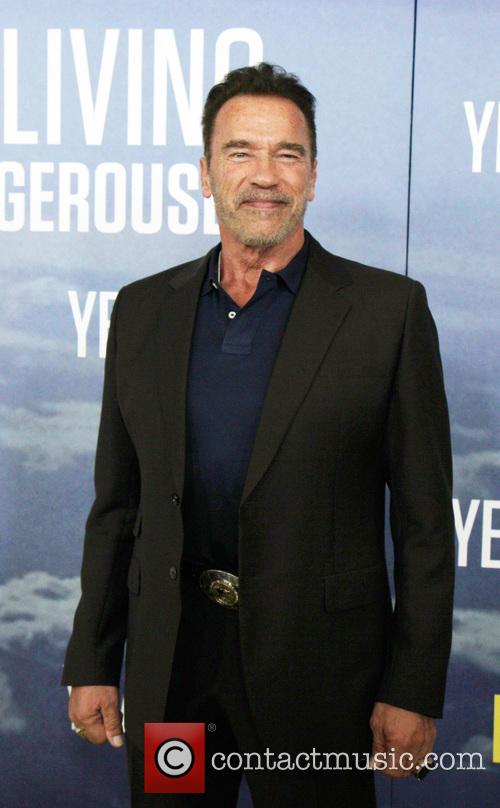 Trump tweeted: “Arnold Schwarzenegger isn't voluntarily leaving the Apprentice, he was fired by his bad (pathetic) ratings, not by me. Sad end to great show.”

The tweet was later shared by Schwarzenegger, who added: “You should think about hiring a new joke writer and a fact checker.”

Speaking to Empire online, Schwarzenegger had said: “I learned a lot, I had a great time, it was a really great opportunity. But under the circumstances I don’t want to do it again.

"It's not about the show, because everyone I ran into came up to me and said 'I love the show... but I turned it off because as soon as I read Trump's name I'm outta there!'

"NBC did everything they could to promote the show and [producer] Mark Burnett did a fantastic job. No one really knew that this was going to happen and I think that everyone was caught off guard,” he continued.

"When people found out that Trump was still involved as executive producer and was still receiving money from the show, then half the people [started] boycotting it."

Trump had hosted the NBC show since its debut in 2004, but left after announcing he would be running for President. Schwarzenegger took over as host in January, for the show’s 15th season.

"Even if asked [to do it again] I would decline." Schwarzenegger added. "With Trump being involved in the show people have a bad taste and don't want to participate as a spectator or as a sponsor or in any other way support the show. It's a very divisive period now and I think this show got caught up in all that division.”