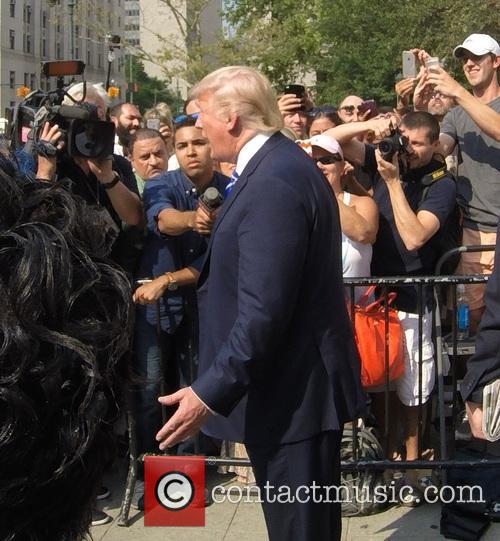 In a fusillade of other complaints he made on Twitter the same day, he accused Fox News host Bill O’Reilly of only featuring “the same old Trump haters” on his “boring” show, and also parted with a shot at Kelly once more, calling her “highly overrated”.

Shortly after tweeting all this, the Fox network hit back with a statement regarding Trump’s cancelled appearance. “At 11:45 a.m. [Wednesday], we cancelled Donald Trump’s scheduled appearance on ‘The O’Reilly Factor’ on Thursday, which resulted in Mr. Trump’s subsequent tweet about his ‘boycott’ of Fox News,” a spokesperson for the network said in a statement to Entertainment Weekly.

.@FoxNews has been treating me very unfairly & I have therefore decided that I won't be doing any more Fox shows for the foreseeable future.

“The press predictably jumped to cover his tweet, creating yet another distraction from any real issues that Mr. Trump might be questioned about. When coverage doesn’t go his way, he engages in personal attacks on our anchors and hosts, which has grown stale and tiresome. He doesn’t seem to grasp that candidates telling journalists what to ask is not how the media works in this country.”

However, a representative from the Trump campaign then said that their man was standing by his original comments and that he only “expects to be treated fairly. All you have to do is look at the tremendous ratings last night from the ‘Late Show with Stephen Colbert’, where Mr. Trump was the guest, or the ratings from both debates, to fully understand the facts.”