We couldn't have said it better ourselves.

Donald Trump confronted Alec Baldwin online about the comedian's portrayal of him on 'Saturday Night Live', after he returned to the second show since the election. Naturally, Baldwin clapped back with the most cutting response ever. We doubt 'SNL' are even going to try and go easy on him now. 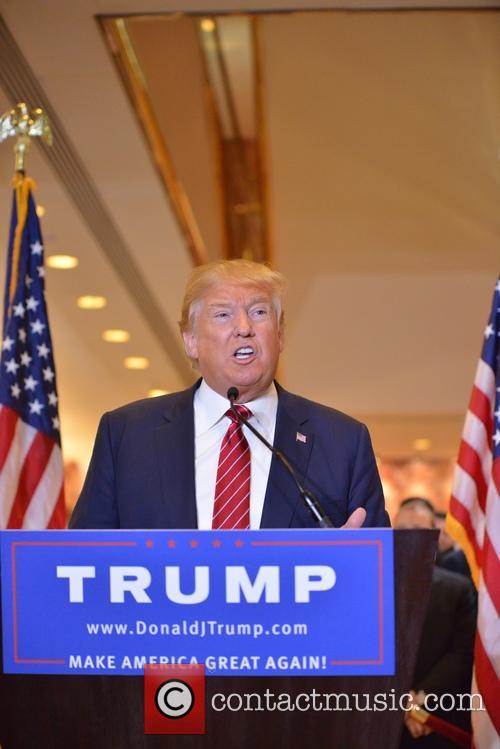 The president-elect confessed that he saw 'Saturday Night Live' at the weekend, and blasted it for the 'biased' skits. He then had the nerve to request 'equal time', which means that broadcasters must present political candidates equal opportunities if they so request it. A fair request were the election not over.

'I watched parts of Saturday Night Live last night', Trump said on Twitter. 'It is a totally one-sided, biased show - nothing funny at all. Equal time for us?'

'Equal time? Election is over. There is no more equal time', Alec Baldwin responded. 'Now you try to be Pres and people respond. That's pretty much it.'

The sketch in question was 'Donald Trump Prepares Cold Open', featuring Baldwin as Trump and a slightly frazzled campaign manager Kellyanne Conway was played by Kate McKinnon (normally the face of Hillary Clinton). The clip sees them joking about everything from Trump gaining support from antisemitic white nationalist David Duke to Mike Pence getting 'lectured' by the cast of 'Hamilton' when he visited the theatre.

The clip also sees Trump talking to a military official about his 'secret plan' to defeat ISIS, before Googling 'ISIS' and trying to ask Siri how to defeat them (but he's using a Blackberry). To calm himself down he repeats the hilarious mantra: 'Big beautiful boobs and buildings'. He then has to meet a Virginia campaign leader, who reminds him of his promises to return jobs to the state and to build that 2,000 mile long wall on the Mexican border which allegedly could cost $25 billion.

By the time Mike Pence arrives, Trump has all but given up on his big plans, insisting on scrapping his illegal immigrant deportation plans as well as deciding not to prosecute Hillary Clinton, and deciding to keep Obamacare.

...@realDonaldTrump
Equal time?
Election is over. There is no more equal time. Now u try 2 b Pres + ppl respond. That's pretty much it.

Having caught Trump's attention on Twitter, Baldwin decided to use the opportunity to impart some valuable advice on Trump; advice that we dearly hope he listens to. 'You know what I would do if I were Prez? I'd be focused on how to improve the lives of AS MANY AMERICANS AS POSSIBLE', said Baldwin. 'I'd be focused on improving our reputation abroad, including actually fighting for freedom and not just oil. I would make every effort to re-train Americans so to create jobs. One way you make America great again is to put it back to work. I would make appointments that encouraged people, not generate fear and doubt. I could go on.