The Man Who Invented Christmas Review

There's a somewhat contrived jauntiness to this blending of fact and fiction that may leave cynical audiences annoyed. But for those who leave their bah-humbug attitudes at home, it's a wonderfully entertaining take on a classic. In 1843, when Charles Dickens wrote A Christmas Carol, the holiday was a fairly low-key religious festival. But the book helped create a cultural phenomenon that is still growing. And this enjoyable film recounts how it was written in six short weeks.

At the time, Dickens (Legion's Dan Stevens) was Britain's most famous author. But his last three novels failed to sell. Desperate for a hit due to financial pressures, he decides to write a Christmas book, something that had never really been done. But he's distracted by the fact that his wife Kate (Morfydd Clark) is pregnant and his parents (Jonathan Pryce and Ger Ryan) have dropped in for a noisy visit. As he plans this new book, the central figure of Scrooge (Christopher Plummer) is inspired by someone he meets, as are the rest of the story's characters and settings. But he's struggling to complete the tale, and time is running short.

The film basically proves the resilience of Dickens' iconic novella, because it has remarkable power even when turned inside-out by this script. Director Bharat Nalluri (Miss Pettigrew Lives for a Day) gives the film a twinkly, often comical tone but doesn't shy away from the darker corners or some strongly emotional moments. And the script includes quite a bit of biographical detail about Dickens' life without making it too melodramatic. With his book, Dickens wanted to address Britain's harsh labour practices and the greediness of capitalism, urging people to be kinder to each other. So he reinvented Christmas as a time of year to reach out to those less fortunate.

Charles Dickens might be one of the most legendary authors in history, but it wasn't always plain sailing for him. In fact, ahead of the release of his 1843 novella 'A Christmas Carol', his career was already suffering. Dan Stevens plays the author in 'The Man Who Invented Christmas'; a tale all about how he went from failing writer to a festive miracle.

It's the early 1840s and London author Charles Dickens (Dan Stevens) is suffering a bad case of writer's block. His last three books have been total flops, and the pressure to write a magical new story to grip the public has never been so high.

Before long, however, his new tale begins to develop in his head; a Christmas story about a miser named Ebenezer Scrooge (personified by Christopher Plummer) who is challenged by a series of mysterious apparitions. The characters develop beautifully, but before long he starts to hit another roadblock when he can't work out how to finish it.

After Pride, young British actor George MacKay returns to a much smaller scale of filmmaking for this dark, moody English drama. It may be somewhat gloomy and intense, but it gets under the skin because filmmaker Duane Hopkins (Better Things) remains so tightly focused on MacKay's character, offering a complex portrait of a young man pushed to desperation. Some earthy humour would have helped make it more resonant, as well as perhaps a lighter touch with some of the bigger plot points, but this is thoughtful and provocative filmmaking. 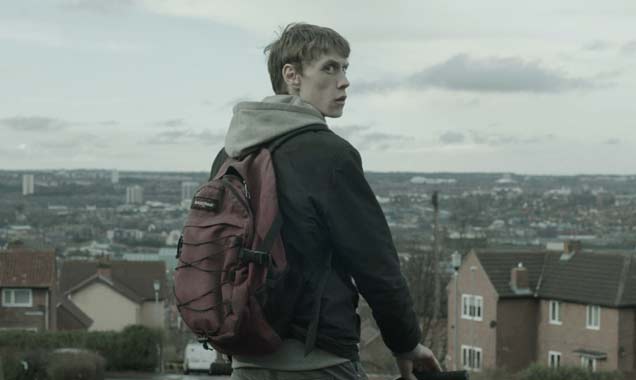 MacKay plays Tim, a young guy barely out of his teens and struggling to care for his surly teen sister Helen (Lara Peake). Their parents are long gone, and older brother Greg (Benjamin Dilloway) is in prison. So with the bills overdue and his girlfriend (Charlotte Spencer) expecting a baby, Tim sees little alternative but to follow Greg's lead into petty crime. But his boss is pushing him into increasingly dangerous situations, and as he tries to keep up with everything, Tim is ignoring the signs that something is seriously wrong with his health.

The title is the clue here, and Hopkins deploys a variety of visual touches to tell the story from within Tim's limited perspective. This includes lots of extreme close-ups, frantic hand-held action, slow-motion camerawork and a sound mix that's often out-of-sync with the images. Combined with a mournful musical score, this creates a strikingly powerful atmosphere. Yes, it's all rather bleak, but things are livened up by lyrical flashbacks and conversations that seem cut off in the middle, demanding that we work out the scene ourselves because that's exactly how Tim experiences it. 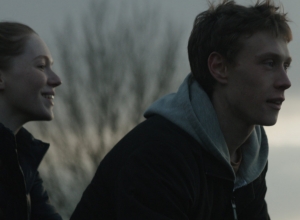 After Pride, young British actor George MacKay returns to a much smaller scale of filmmaking...