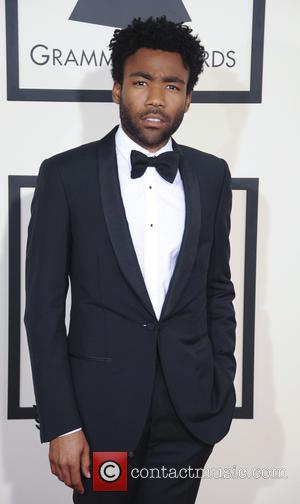 Picture: Donald Glover - A variety of stars from the music industry all turned out in style to attend the 57th Annual Grammy Awards in Los...

Actor Donald Glover is seriously considering ending his rap career as Childish Gambino, insisting his time as his alter ego "should come to a close".

The former Community star has been making music under the stage moniker since the 2009 release of his independent album Poindexter, which helped to land him a record deal with Universal Music.

He went on to achieve chart success with his follow-up releases, Camp and Grammy-nominated Because the Internet, and teamed up with fellow hip-hop star Chance the Rapper last summer (14) to start work on a collaborative Ep.

However, Glover reveals his time as Childish Gambino is nearing an end, although he still plans to continue his work in the music world.

He says, "I always wanna do music, I love music... and I will be putting out projects quietly everywhere and I wanna produce, but... I guess Childish Gambino is like a period of my art time. I wanna have periods in my life so it's like, I feel like Childish Gambino is a period that should come to a close. I like endings... I look at my life as something that you can just paint... so I kinda think it is like performance art."