Veteran Musician Don Mclean Turned The Air Blue During A Bizarre Appearance On A U.k. Chat Show On Monday (11may15). 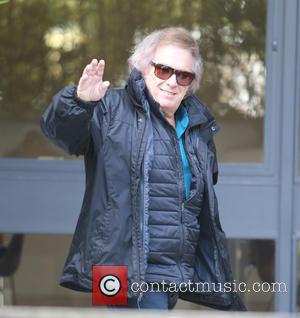 The American Pie hitmaker agreed to an interview on Loose Women despite admitting he had no idea of the programme's format and had to watch footage online ahead of his booking.

During the awkward encounter he started playing his guitar in the middle of an interview and muttered a curse word under his breath when presenter Coleen Nolan produced a sweet treat she had cooked for him.

After telling MCLean her own recipe 'American pie' contained cherry, pumpkin, apple and pecan nuts, the singer/songwriter looked baffled and muttered, "What the f**k?"

He even declined to take the pie with him after the chat - Nolan told viewers, "To be honest, he didn't seem that interested. So (I was) up all night baking it, (I) thought I might as well eat it myself."