The cryptic 'American Pie' was a hit for the singer-songwriter in 1971, and pop fans have debated its meaning ever since.

The meaning behind the famously enigmatic pop hit ‘American Pie’ has finally been revealed by its author Don Mclean, after his original manuscript for the song went up for auction and fetched $1.2 million on Tuesday.

The veteran singer songwriter discovered the eighteen-page bundle, full of first ideas, corrections and amendments, back in February of this year and decided to sell it on a whim.

At the time he said that he wouldn’t reveal the meaning of the song until it had sold at auction. Following its sale, he explains that it’s really about innocence lost and “life becoming less idyllic”, an alternative national anthem for a “generation lost in space”.

In an interview with Christie’s catalogue, 69 year old McLean said: “Basically, in ‘American Pie’ things are heading in the wrong direction… …[life] is becoming less idyllic. I don’t know whether you consider that wrong or right but it is a morality song, in a sense.” 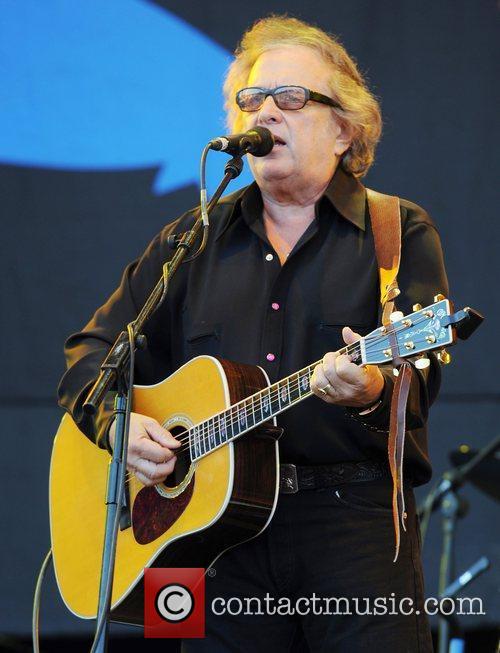 Don McLean has sold the manuscript and notes for 'American Pie'

He also revealed that he wrote the epic song, originally a hit in 1971, at a time when he was deeply disillusioned with the direction America was taking, both at home and in foreign policy. “It was an indescribable photograph of America that I tried to capture in words and music, and then was fortunate enough through the help of others to make a successful recording.”

Ever since its release, ‘American Pie’ has drawn a lot of speculation as to its real meaning, so this sale The other notable thing about the manuscript is that it contains a lost verse that was never recorded, which describes music being “reborn”.

Famously, its first verse describes the deaths of rock stars Buddy Holly, Ritchie Valens and The Big Bopper in a 1959 plane crash as being “the day the music died” and uses it as a jumping-off point for the rest of the song. So, the lost verse would have provided some resolution and hope to the track, but it didn't make the cut as McLean felt the verse "didn't speak" to him.

‘American Pie’ is the longest song ever to have topped the American singles charts, at over eight and a half minutes in length. While it failed to do so in Britain, Madonna did manage to take the song to Number 1 there with her 2000 cover version, frequently named as one of the worst covers of all time.