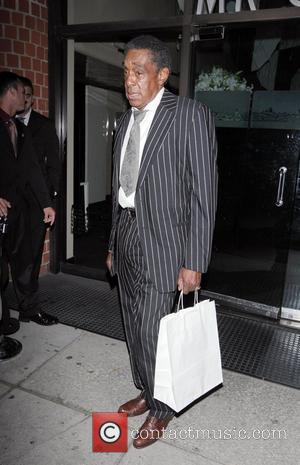 The son of tragic TV and music mogul Don Cornelius has launched a suicide-awareness foundation six months after his father took his own life.
Tony Cornelius found his father's body in February (12) and he has since started piecing together clues the Soul Train creator and host gave him about his state of mind in the days and weeks leading up to his death.
He reveals their final phone chat appeared to be "a call of urgency" and Cornelius dashed to his father's home - but it was too late to save him.
He recalls, "His thoughts were, 'I'm sorry to call you Tony, but I just don't think I'm going to be here anymore.' Those words just resonated with me."
Tony Cornelius tells CNN he's "very angry" because he feels his father "should be here enjoying his family".
The grieving son was inspired to set up The Don Cornelius Foundation following a conversation with family friend Stevie Wonder.
He says, "Thank God for Stevie Wonder... He gave me words that I'll never forget... 'Life is worth living', and from that the Don Cornelius Foundation was started. It's basically to help people transition, help people in need... I wanted to really do something about it (suicide).
"It's a veil of shame... There's all kinds of things that draw us to hopelessness and pain, and that's who I want to reach out to; I wanna make sure that people have a place to go and have someone to talk to."

Don Cornelius' Son Tony: My Father Did Not Commit Suicide