Review of Don Broco's album Priorities released through Search And Destroy/Sony MusicWithin the first few bars of 'Priorities', the opening track on the Bedford quartet's debut record, I'm already dangerously waving my arms around or, as us industry professionals like to call it, 'doing a Phil Collins'. This is immediately infectious stuff that sounds like banter down the pub with a swift pint and by being the mouthy opposite it's the perfect antidote to the British stiff upper lip. 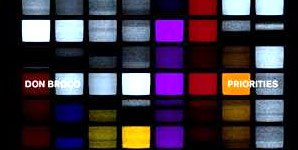 With Lower Than Atlantis, We Are The Ocean, Futures and many more reigniting our love of a good heady British guitar band, Don Broco have had their work cut out for them in getting noticed, but with a record like this, that seems impossible. Priorities is in-your-face, balls-to-wall rock music and it's the most f***ing fun I've had listening to music in a long time; it's actually hard to write this through my shrill singing and fierce body jerking. If you aren't affected by this within the first three songs then I think you might be dead or at least a very horrible person.

Rob Damiani's vocals ache with sass; he's enunciated and precise, note perfect and backed by a full bodied rhythm section. As he sings, 'And we'll never get fat 'cause we jump around like prats, getting drunk, getting away with it,' you can feel his warmth, his personality, and his love and appreciation for what he's doing and the fact that people are willing to give him money for it. Basically, he's frank and you don't find mainstream rock singers like that anymore, singers that are willing to put themselves out there and write their lives. Damiani is also responsible for the electronics and sampling that appears on the record, most notable on 'You Got It Girl' which sounds like the bastard love child of Depeche Mode and Incubus, clearly a talented fella.

It's these little flourishes and experience with samples et cetera that make the Broco stand out from the more straightforward sound of Lower Than Atlantis and the rest of the pack; it also puts Don Broco in a better position for tackling the charts. These tracks have a distinct pop edge underscoring them, if you listen to a track like 'Hold On' you'd be hard pressed not to believe that the melodies are laced with crack. That said, second single 'Actors' is all thrash guitars, power drumming and scratchy strained vocals; one of the heaviest songs on the record it's still effortlessly cool. Like Deaf Havana, their tracks are of the here and now and because of that nearly every song on offer is instantaneously loveable, they grind themselves into you until they mean something and by then it's too late to let go.

In a cruel twist of fate though this record never gets better than the opening track and first single 'Priorities' which perfectly encapsulates everything Don Broco stand for. Its hilarious lyrical content is something every single person who hears it can relate to: 'Miss you pumpkin, I miss you babe. Wish you could hear what you're saying. Miss you princess, I miss you babe. Makes me sick hearing you say it.' It's imbued with that laddish sense of ragging on your mates, but it's also a clever word with a friend to sort themselves out; essentially these guys have managed to write a catchy as f**k song based around the phrase 'Bros before hoes,' and if that's not worthy of your time then you need to get your priorities in check my friend. It's a near perfect record that's for sure and the best from any British rock band this year without a doubt; it just can't quite keep up with the momentum it sets for itself with the first few tracks which are all forces of nature that will be stuck in your head for weeks.

'Yeah Man' is crammed with syncopated drumming, oohs, and the simplest sing along choruses of a generation. It's bloody brilliant. Sort of a positive spin on doom and gloom in the lyric department: 'Yeah man, I know that you are broke 'cause I'm broke, let's be broke together. What you say man?' It's a song for the disenfranchised generation. The kids that will listen to this record and fully appreciate it are the people it was written for, people their age, people going through these problems and that's what makes Don Broco so magnificent, they feel like they came along just to brighten up your day.

When people say lads, they're talking about the four gents in Don Broco who are probably the kind of d***heads eating ice cream on the beach in the rain and as much as you might hate them you're just jealous they're having more fun than you. If you do one thing this year buy this record and play it 'til you're happy. Believe me, it doesn't take long. 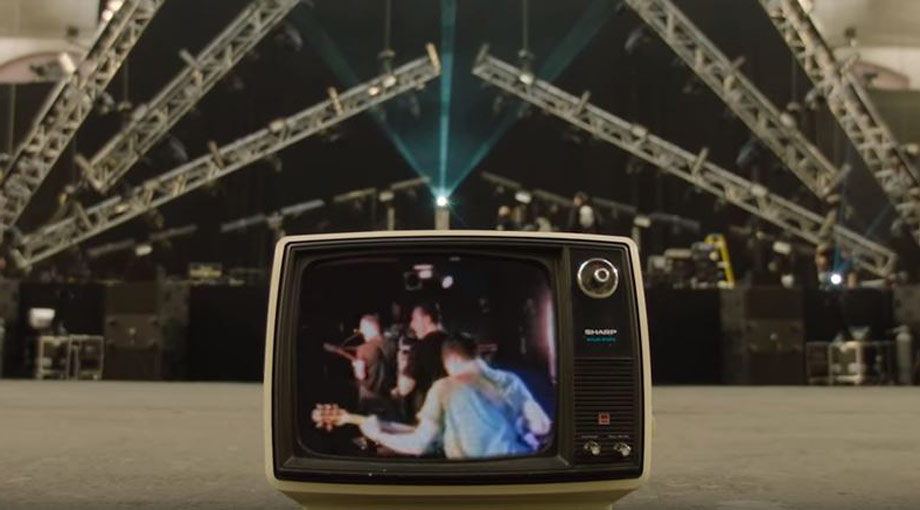