Dominic Cooper has begun shooting 'Captain America: The First Avenger', and is enjoying the perks of working on a big-budget US movie. 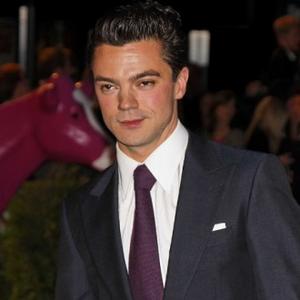 Dominic Cooper only asked for a toaster and a kettle on the set of 'Captain America: The First Avenger'.

The 32-year-old actor - who plays Howard Stark in the upcoming Marvel comic adaption - admits he likes working on big-budget US films, but still has small demands on set.

Speaking on the green and red carpet at the UK premiere of his latest movie 'Tamara Drewe', Dominic told BANG Showbiz: "Yes we have started filming and it's going really well. It's such an amazing cast. Do I get a bigger trailer? Yes. Although I only asked for a toaster. Actually, a toaster and a kettle."

The British hunk recently confirmed he is scared of being typecast in certain roles after performing in box office-smash 'Mamma Mia!'.

He said: "I've never had a plan. I just want to work with really good directors. I don't want to be the guy from 'Mamma Mia!' who sings on a jet ski."

'Captain America: The First Avenger - which is directed by 'Honey, I Shrunk The Kids' filmmaker Joe Johnston and stars Chris Evans and Hugo Weaving - is due for release in July 2011.