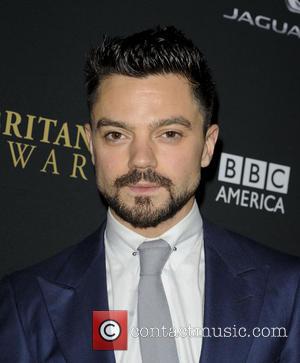 Actor Dominic Cooper and the producers of a new IAN FLEMING biopic have warned James Bond fans their portrayal of the author will be "sexed up" when it airs next year (14).

The Mamma Mia! actor will star as the creator of the world's most famous spy in Sky Atlantic's biopic series Fleming, opposite Lara Pulver, who will play his wife Ann.

Cooper has warned that the writers have taken "huge liberties" in retelling Fleming's wartime heroics, choosing to highlight the more sensational accounts of his bravery during World War Ii.

Later episodes of the four-part series show the author firing a machine gun at enemy troops and fighting hand-to-hand with German soldiers, but it is thought Fleming only had limited battlefield experience and spent much of his time behind a desk.

The show's director Mat Whitecross, who previously worked on The Road To Guantanamo, says everything depicted in the show is based on fact to some degree, but concedes they have embellished the author's life.

He says, "Everything is based on something real, but we have sexed it up at times. If you look at other versions of the biography, he is deskbound, but that doesn't make great drama. He didn't have any fisticuffs with Nazis, but it felt like it would be better if he did."

Fleming is scheduled to air on Sky Atlantic in February (14).