Irish Actor Domhnall Gleeson Suffered A "Panic Attack" After Agreeing To Star In J.J. Abrams' Highly-anticipated Star Wars Sequel, Because He Feared Signing On To The Project Would Spell The End Of His Personal Privacy. 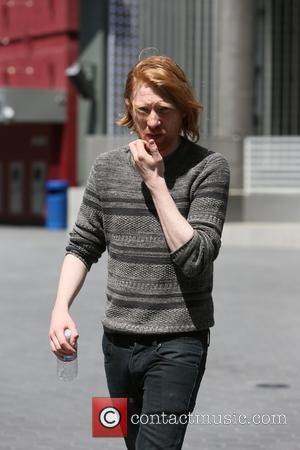 The son of veteran screen star Brendan Gleeson reveals he was hesitant to accept a role in the top-secret Star Wars: Episode VII - The Force Awakens from the start because he was initially asked to make a decision before even reading a script.

During a chat with his Unbroken director Angelina Jolie for Interview magazine, he recalls, "I met with J.J. and said, 'I'm not OK with signing up for something when I haven't read the script. I just feel weird about it.'

"And so they let me read the script, which is really important to me. But then I had to make a decision that night whether I was going to be at the table-read the next day, which meant signing the deal. So that night I did have a panic attack (after signing the contract)."

The 32 year old admits he was worried about the media intrusion he would have to face as a result of becoming part of such a huge franchise, so he turned to his agents for advice.

However, Gleeson now insists he has no regrets about starring in the iconic franchise, adding, "I enjoyed it for the reasons that you enjoy any film, that people were together, and that it was actually challenging. I like a challenge."

But he quips, "I was more of an Indiana Jones kid than a Star Wars kid."

Star Wars: Episode VII - The Force Awakens is set for release in December (15).